Are All Cryptocurrency Prices Tied to Bitcoin? 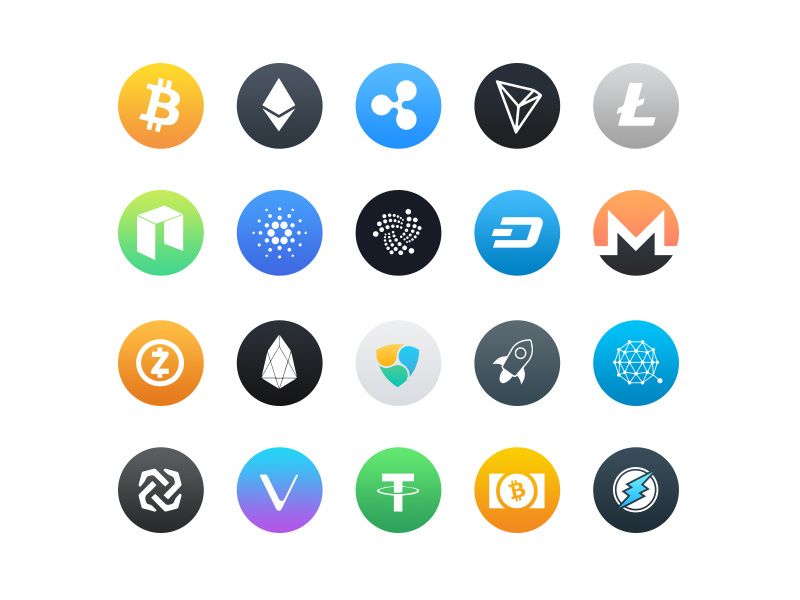 Is every altcoin just drafting the price of Bitcoin? Is there any point to buying a cryptocurrency other than Bitcoin if
they all just play follow the leader? Heck, why even have other cryptocurrencies when Satoshi Nakamoto gave us the only one that matters anyway!

Relax, it’s okay. Things aren’t as cut and dried as they seem.

Here’s the truth. Bitcoin prices do affect and reflect the altcoin market, but in different and complicated ways.

There are essentially three relationships between the price of Bitcoin and the price of all other cryptocurrencies on the market.

As many investors have noted, Bitcoin is going through a speculative phase right now. That means that its price often reflects enthusiasm more than genuine market value, as we saw when the cryptocurrency spiraled up to more than $20,000 per coin last year. That enthusiasm can pop just as quickly, as we’ve also seen throughout Bitcoin's colorful history.

When that happens, it often has nothing to do with the rest of the market. In these cases, the price of Bitcoin moves mostly due to the fact that this cryptocurrency enjoys an essentially unique place in the market. It has the attention of the public and lay investors, which makes its value much more subject to fluctuation.

Unlike most cryptocurrencies, the people buying and selling Bitcoin often have no money in altcoins. As a result, their decisions will have a limited impact on the rest of the cryptocurrency marketplace.

Bitcoin can act as a rudimentary market indicator. That means it isn’t actually driving altcoin prices but rather shows where they will go due to other issues.

This is generally more true for the total cryptocurrency market cap than for individual coins.

For the total market cap, Bitcoin does generally indicate upcoming direction. Its price has historically proven to be a good indicator of where the altcoin total market cap will move about a month later. This can indicate that Bitcoin, as the more public-facing cryptocurrency, is more sensitive to trends which will affect the entire cryptocurrency market. As investors enter or leave, they’re likely to do so with the most high-profile asset first.

When it comes to individual cryptocurrency, however, Bitcoin actually has very loose price relationships. According to one correlation chart published on Steemit, Bitcoin’s price only strongly correlates to a handful of other cryptocurrencies. For most, there was a weak relationship at best. 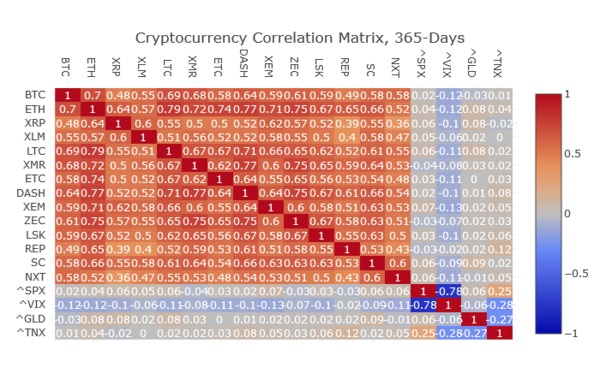 Here is how Bitcoin can, in fact, direct the prices of the altcoin marketplace.

That means that it can push and pull money from other cryptocurrencies. As news of Bitcoin generates investor excitement, it can cause money to flow into other assets, often triggered by investors who have now heard of cryptocurrency but are skittish about Bitcoin’s high price tag. Or, if there is a particular reason to think that the price is about to go to the moon, it may depress other assets as investors move their money around hoping to catch the bounce.

Alternatively, of course, it can spook investors out of the entire field after experiencing a major crash like it did in December. (This is often the explanation given for why cryptocurrency, in general, followed Bitcoin’s aggressive price correction in January and February.)

This doesn’t mean that Bitcoin will always lead altcoins around by the nose. Often the price of Bitcoin more reflects unrelated forces that merely show up earlier in the more prominent investment asset, making it an indicator rather than a leader. However, that’s also not to dismiss the import of Bitcoin as a market leader either.

When you have a price nearly 14 times that of the nearest competition (at time of writing), there’s no avoiding a certain degree of impact.

Whether you are looking to buy Bitcoin or other cryptocurrencies, it pays to choose a platform that:

Xcoins meets all those criteria and more. To get your cryptocurrency quickly, sign up for free today!