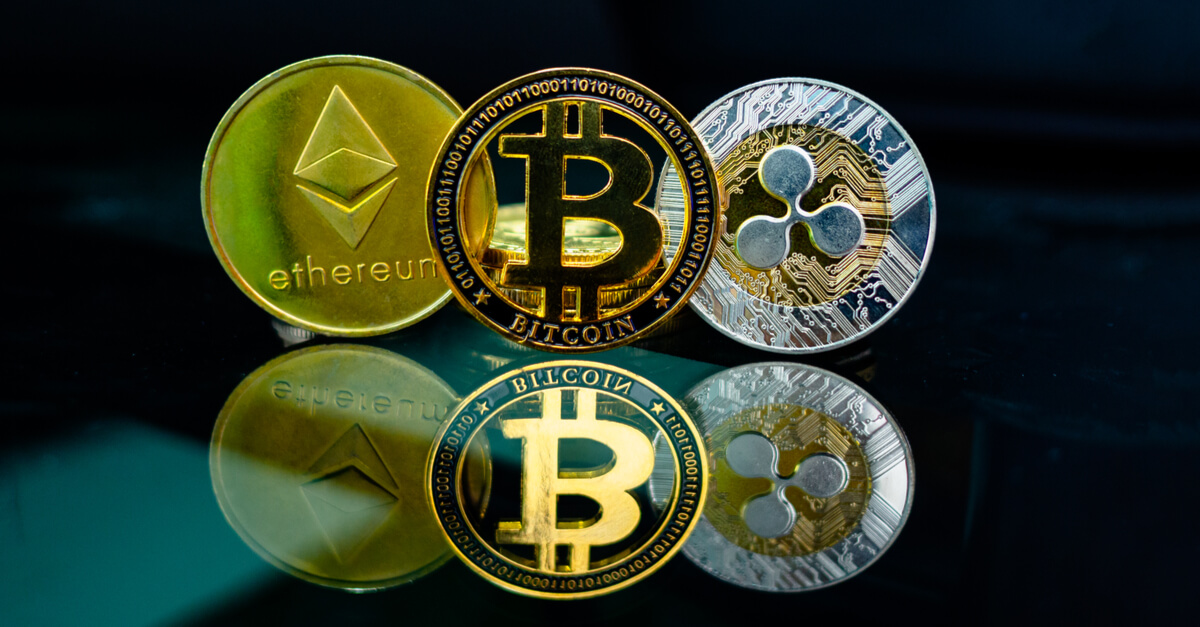 In a week that saw Bitcoin smashing through its all time high and carrying on running we look at the other key financial stories of the week.

The big financial news this week was bitcoin’s (BTC) breakthrough of the historical high of $20,000. At the time of writing it currently stands at over $23,000 having shot through its previous all-time high at lightning speed.

Whilst not unexpected, particularly by our readers, it created quite a flurry of revelatory articles in the mainstream media. This in itself is a fundamental leap toward wider acceptance and the so-called network effect of cryptocurrencies.

What wasn’t covered so much was the rise in other cryptocurrencies. December opening prices of $480 for Ethereum (ETH) and $0.28 Ripple (XRP) were trading up 36% and 101% respectively in recent days.

Now that the deluge of institutional activity has finally begun in the cryptocurrency market, we would expect interest to shift from bitcoin as a solitary holding to increasing exposure to other high profile options.

Cryptocurrency has learned to stand up this year, watch it walk in 2021.

News that a foreign government actor had hacked a number of US federal agencies was both shocking and somehow not surprising last week.

Reports that these hacks included some European institutions only raised the fear that no Governments are really secure against such attacks whilst bad actors are determined to open this area as a means of modern warfare.

What we were also not surprised by were crypto skeptics using these breaches as reasons to avoid holding wealth in bitcoin. This argument is not just annoying but also short-sighted.

To suggest that banking infrastructures or indeed government record offices (yes, those that record your house ownership) are not susceptible to similar attacks is ill-informed at best.

In the event that there is a real Armageddon scenario involving the deletion of bank or property ownership records, blockchain may well be more likely than traditional systems to be the one left standing.

The threat of further damaging hacks are a fact of life and in no way should the danger be minimized but if you are that worried, best invest in a rock garden. It may be a handy source of ammunition if your worst fears come true.

From witch doctors to brain surgeons

Further proof of the new bitcoin paradigm, if it was needed, emerged last week when Eric Peters, CEO of One River Digital Asset Mgt., revealed that his group had accumulated over $600 million of bitcoin (BTC) and Ethereum (ETH) and planned to add a further $400 million to increase their holding to over $1 billion.

His quote explaining the purchases was revealing:

“There definitely are more risks to this than gold, which has been around for thousands of years, but there’s also way more convexity... There are very few convex bets that’ll help your portfolio when these macro forces start playing out.” -  Eric Peters, CEO, One River Digital Asset Mgt.

For those of you not steeped in financial-speak, it's worth parsing this to understand exactly the motivations. It is clear from other comments that the macro forces he is referring to are rising interest rates due to rising inflation. Our regular readers will be aware of our beating of this particular drum. They are looking at cryptocurrency as a hedge against turmoil and uncertainty in the bond markets.

His other comment refers to bitcoin being a very good convex bet against such outcomes. This is the language of bond traders and whilst it can be confusing, it is worth learning about as it's something you are going to hear more often.

A fuller description can be found here, but essentially if you imagine a convex shape or the external side of a circle you will get the idea. Convexity relates to a bond's price versus its yield. As interest rates rise, existing bonds drop in price as their yield is directly affected by this rate rise. The more convexity of the bond (the more it curves) the more positive it is and the more it will retain its value over time versus less convex bonds.

By applying this concept to cryptocurrency buying, we can expect more of a technical approach to future price moves with much more sophisticated pricing models triggering buy or sell actions. In other words, we appear to be entering an entirely new phase of cryptocurrency pricing, similar to gold and bonds, which can only be good for the future.

To put it another way, the witch doctors of yesterday are giving way to the brain surgeons of tomorrow. More understanding will always lead to better diagnosis.

A tale of two agreements

Sunday night brought fresh news on two deals that have been dragging interminably on both sides of the Atlantic.

A US stimulus deal, capped at the expected $900 billion, will be sent to a vote this week as Democrats and Republicans finally reached agreement late Sunday. Pressure from Wall street and the Fed no doubt pushed lawmakers to provide stimulus and support for an economy sliding in the wrong direction.

In the last week, market data surprises were numerous and unwelcome. Both oil reserves and retail sales were far below expectations and the jobless numbers remain stubbornly higher than anyone had hoped for.

Democrats have signaled loudly that further stimulus will be needed in 2021, putting even more importance on the Georgia senate races. Whoever controls the Senate will, in essence, control the future response to this horrible pandemic.

Across the water, Europe and the UK were given until Sunday night to come to an agreement on the infamous Brexit deal. They didn’t. The simple process of providing copies of the agreement, in all languages, with enough time for each country to study the document kills any chance of a deal being ratified before year-end.

Both parties continue to negotiate regardless in the hope that a provisional agreement can be ratified, thus avoiding chaos at the borders on January 1st.

With a new, more infectious, strain of coronavirus being found in the UK and a resultant ban on all travel from the UK by other European countries, this may be the least of their problems as the new year arrives.

Trading in US Dollar and British Pounds has never been so active this close to the holidays.

A short week with many just wanting to ignore any bad news and put their feet up. We will watch US personal spending and personal income but don't expect any big market moves based on this data, regardless of the outcome.