Bitcoin Taxes: What US Citizens Should Know 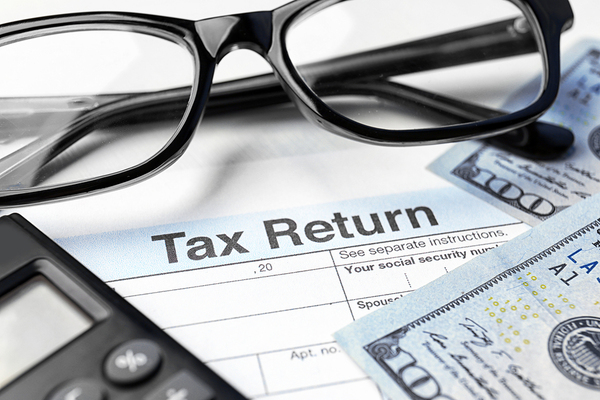 What You Should Know About Bitcoin & Taxes

Owning bitcoins will affect your taxes.

A lot of traders don’t seem to know that. According to reporting by CNBC, on one tax platform alone less than 1 in 2,500 people reported their cryptocurrency gains this year. They’re hardly alone, but there’s also no ambiguity here. The IRS taxes cryptocurrency that gains value.

So here are a few things you’ll need to know about the relationship between bitcoins and taxes:

Income is anything that makes you richer.

First and foremost, the IRS takes a much more expansive definition of taxable income than most people realize.

“Income” for the purpose of annual taxes is anything that makes you richer than you were before. Yes, this includes putting money in your pocket (no matter what the source), but it’s a lot more than that. Investments that go up, items that gain value, acquisition of new property… it all counts.

Did your portfolio have a good year? Did you win a pair of high-priced football tickets? Did a friend notice that old painting on the wall and point out that it’s actually worth $1,000? The IRS wants to know, and they won’t be happy if they don’t hear from you.

And that includes cryptocurrencies, because…

The IRS views cryptocurrency as a hybrid of investment and capital. This is not unique. Any currency holdings can fluctuate in value compared to the U.S. dollar, and when they do, the IRS treats that as a taxable event. A forex trader who purchases $1 million worth of euros and sits on them until they gain value against the dollar will trigger a tax liability.

The same is true of cryptocurrency. As a bitcoin gains value against the dollar, its owner has accrued wealth.

It may be clear that you have to pay taxes when you sell your crypto portfolio and make a bundle. What is less clear is that this is not the only taxable event which can trigger. Here are just some examples of other situations where cryptocurrency trading can affect your tax liabilities:

“Taxes” doesn’t always mean the standard income tax. Depending on the structure of how you held your bitcoins, how you earned them, and how you traded them, you may trigger different sections of the tax code.

For example, a mining operation conducted by a single person might be just a way to make some side money. Make enough money though, or operate it as a business, and the IRS may consider this self-employment, which America punishes with an additional 7.65 percent in taxes. (We are a brave, entrepreneurial nation, as long as you pay for the privilege.)

Then there’s the capital gains tax, a different rate which applies to investment income depending on how long you held the property and when you sold it.

And of course, don’t forget that if you make enough money off of these investments, you may have to pay quarterly taxes.

Cryptocurrency involves a cross-section of the most complicated issues in tax law. There’s no way to cover it all in one article, nor even a series of them. The truth is this: if you hold more than a nominal amount in cryptocurrency, talk to an accountant or a tax attorney. You’ll save yourself a lot of potential trouble come tax time.

Have more questions? We have more answers!  Sign up for free and learn more!