There was a lot of recent excitement for Bitcoin enthusiasts caused by the announcement that the Democrat Party was proposing a new "Digital Dollar" for the new COVID-19 stimulus package. 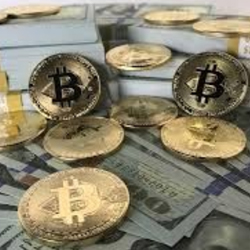 The draft bill discussed the creation of "FedAccounts." The Federal Reserve currently only offers accounts to banks. If this ever becomes law, it would provide accounts to all Americans. In theory, it will work better than the government's existing way of distributing money, particularly in times of crisis.

Although the proposal didn't make it to the final bill this time around, it does seem that a digital dollar that is backed by the Federal Reserve is closer to happening than ever before.

It would have some clear implications for Bitcoin and cryptocurrencies in general. The obvious one being that it would add credibility and legitimacy to crypto.

Let's have a look at the potential benefits that would come with a new digital dollar for the public at large and for Bitcoin. For more information on the effect the global pandemic caused by COVID-19 will have on cryptocurrencies, please see here.

How Will a Digital Dollar Add Credibility to Cryptocurrencies?

The main issue many people who haven't adequately studied the subject have with cryptocurrencies is that they can't conceptualize how it works or has value. The same holds true today of a digital dollar.

The proposed digital dollar would be used as a straightforward way to make payments to businesses and people who have suffered from the economic issues caused by the Coronavirus pandemic.

It would be a great thing to have a direct way to provide dollars to citizens with a minimum of red tape.

There have been rumours of a new digital dollar for some time, and it would likely have some profound effects on Bitcoin and other digital currencies.

It would lead to millions of Americans having their first digital wallet, which would make them familiar with how they work. It could make it easier to persuade them to try Bitcoin as an alternative to their devaluing dollars. And it would undoubtedly lead to more people becoming regular users of Bitcoin and other cryptocurrencies. 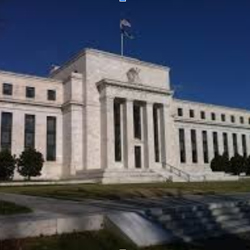 Bitcoin had enjoyed the best start to a year since 2013 until the Coronavirus crisis hit and caused a downturn. If a Federal Reserve backed digital dollar happens, it seems likely that it will cause Bitcoin to take a massive step towards being accepted by the general population and see a rebound in value towards last year's high levels.

In effect, the digital dollar would help people conceptualize how Bitcoin is viable and has value.

Will the D-dollar be the Trojan Horse That Leads Cryptocurrencies to Gain Acceptance Worldwide?

There are a number of issues with the proposed digital dollar, which may make Bitcoin an attractive alternative.

Firstly, it is not clear exactly how it would operate. If it follows the current financial system and the Federal Reserve ministers it, this might lead to problems for those who don't have existing bank accounts or be unable to visit physical banks during times of crisis.

In this case, Bitcoin would have an attractive advantage.

There are also doubts about how the digital dollar can be used internationally. It is proposed to give an account to anyone in America other than non-residents. How would it work abroad?

It would again make Bitcoin, which can be used virtually anywhere in the world, a more versatile alternative.

There may also be security issues for a new digital dollar. Upon launch, it would suddenly have trillions of dollars of assets and would need a tremendous amount of infrastructure planning from the get-go. Security could be a huge issue. People would see the benefits of digital currency but may have doubts which would accelerate with news of any glitches in the system.

It would open the opportunity for Bitcoin and others to claim that they have high security in place and have been free of incidents for many years. 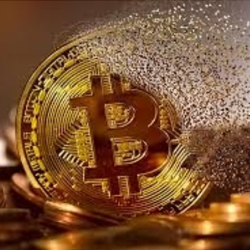 Another advantage of cryptocurrencies with fixed supplies, such as Bitcoin, have is that it leads to digital scarcity. Basically, the lower supply of currencies will lead to higher demand and increased prices. This means it is not vulnerable to inflation when compared to dollars.

The digital dollar could indeed be the Trojan horse which opens the way for Bitcoin and others to achieve global acceptance and relevancy.

The digital dollar would be a giant step towards the acceptance of crypto technology. It would validate the concept of cryptocurrencies, particularly Bitcoin.

The convenience of the government being able to pay people directly to their digital wallet and cutting out red tape and financial institutions is attractive. Thus, it seems likely that the digital dollar will become a reality before long.

The Coronavirus pandemic has meant that the stock market and the dollar has suffered dramatically, and a rebounding Bitcoin would be an easy sell as an attractive option. The Chinese government is on the verge of issuing a digital Yuan, and the worldwide crisis caused by COVID-19 has shown that it is under serious consideration in the US.

It will undoubtedly lead to Bitcoin and other cryptocurrencies rising in value and becoming increasingly credible and accepted worldwide.

Initially, Bitcoin will have advantages over a digital dollar. It will seem to be well-established and have proper, verified security mechanisms in place as well as having an ease of use internationally compared to the new digital dollar.

A new US digital dollar will be great news for Bitcoin enthusiasts, and it will likely lead to rapid increases in its popularity and value. Who knows, it might just be the best thing that could happen to ensure the prospects of Bitcoin and other cryptocurrencies remain positive.