Blockchain for Dummies: A Beginner's Guide

Welcome to the blockchain guide for dummies.

Now, what the heck is the blockchain?

In this guide to blockchain, you’ll learn all the details about blockchain technology that you need to start investing in cryptocurrencies.

First-time investors in cryptocurrency often want to know about the system they are buying into. Purchasing a single token is simple enough. Pay the price and get your bitcoin. What’s less straightforward is figuring out what you actually just bought.

Before you sink hundreds, or even thousands, of dollars into intangible assets, it’s vital to ask what’s going on. Fortunately, while blockchain technology is complex, the concept is pretty straightforward.

Cryptocurrencies Are Entries on a Blockchain.

We’ll use bitcoin as our example in this blockchain beginner's guide, but the information also applies to other cryptocurrencies. So, if you have ever wondered which cryptocurrencies use blockchain, the answer is all of them.

When you buy a bitcoin — for instance, Bitcoin ABC — an entry is made on a digital database called a blockchain to reflect the fact that you now own this specific bitcoin. That’s what a bitcoin is. It’s a digital entry in a logbook.

Every time the bitcoin changes hands, the transaction is recorded in this logbook. Each of these recorded transactions becomes what’s known as a “block” and these blocks are linked in a chain. Together they create a record going back to when the coin was first created.

So if a bitcoin is an entry, the blockchain is the digital equivalent of a physical ledger, recording every transaction electronically.

So why is blockchain special? After all, ledgers aren’t new technology. 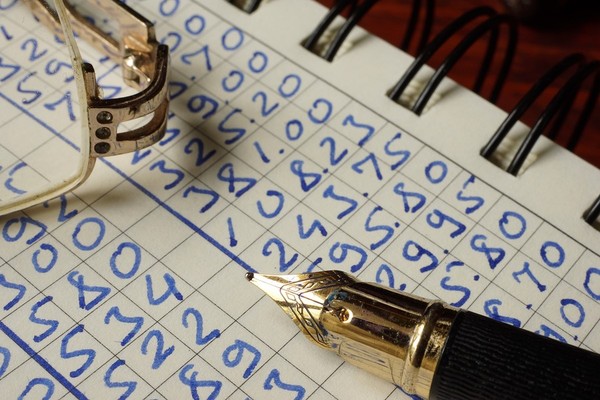 The answer to this lies in the double-spender problem and blockchain’s security.

See, every digital asset has two problems. Firstly, even the best encryption can be beaten and the database hacked. This creates the risk that a hacker could change the blockchain. Let’s say a hacker named John hacks into Bitcoin ABC which was sold on by Liz to Peter. John changes the sale entry to read “Liz owned this and sold it to John,”  instead of “Liz sold this to Peter.” Liz and Peter might be ticked off, but the world would be none the wiser.

Secondly, blockchain can be duplicated indefinitely. Without protection, there’s nothing to stop our hacker John from copying this database over and over again and calling each new copy “Bitcoin DEF,” “Bitcoin GHI,” and so on. This is called the double spender problem.

The double spender problem is an issue because any currency —cryptocurrency included—only has value when it is scarce. Nothing has financial value if it exists in infinite amounts. This is why governments fight so hard against counterfeiters. As long as only the Treasury controls the printing press, they can keep the dollar scarce and therefore spendable.

So if someone can just hit copy-paste on a blockchain database, what keeps them from creating infinite bitcoins?

The answer is blockchain history.

Remember, each blockchain records every transaction back to when it was first minted. So a hacker might copy/paste Bitcoin ABC and call it “Bitcoin DEF.” However, the result would be a copy of Bitcoin ABC's history.

Think of the blockchain as a physical ledger. If that ledger were copied, it would still maintain a record of all Bitcoin ABC’s transactions. Any suspicious buyer could read the ledger and note the entries. They could then call up a previous owner, who would say “Never heard of Bitcoin DEF, but I did own Bitcoin ABC, and I didn't sell it to John.”

In the same way, when our hacker tries to spend his ill-gotten bitcoin, the network would identify the blockchain as the history of Bitcoin ABC, realise the hacker isn’t the owner and reject the transaction.

The Blockchain Network Protects Those Coins from Hacking

Okay, so we can’t just duplicate the ledger. Why not just hack it then? What stops someone from changing the ledger to say “Bitcoin ABC belongs to John.”

The answer is publicity.

Each blockchain is monitored by a network of computers called “nodes.” Whenever you buy a bitcoin, that transaction is broadcast to the entire system for verification. The person selling the bitcoin provides a private key proving ownership and as long as that key matches the one on the blockchain, the network approves the transaction and records a new owner.

The important thing is all of this happens in public.

Every node on the network has a copy of the blockchain, which means that Liz’s ownership is recorded on hundreds, or even thousands, of individual hard drives. All of those nodes check and confirm each other’s work. If something goes wrong on one node, the rest of the network corrects it.

So hack away. For every database you hack, there are copies on thousands of other computers. The corrupted ledger will simply be corrected.

The blockchain is a public record of history. It tracks an asset back to the beginning and does so in full view. That’s what makes it work.

So, you can’t just copy a bitcoin over and over again because the database tracks Bitcoin ABC back to when it was first created. You could copy that database all you want, but it’s still just a record of who currently owns Bitcoin ABC.

Nor can you just create a new Bitcoin DEF because each blockchain database tracks the token’s existence back to when it was first created. So if a token appears to have sprung out of nowhere, the database will reflect that and you won’t be able to spend it.

Finally, you can’t just hack the database and change it to say that you own Bitcoin ABC because the whole network has a copy of this database. If you hack one computer to change the database, every other node will compare that ledger against its copy and reject the change.

That’s what blockchain is. This system is an encrypted, digital database that is edited and updated in public view. That’s what makes it work, and that's what you're buying into.

There is no need to worry about the authenticity and security of your potential bitcoin investments. So go ahead and sign up for free to start buying bitcoins in a convenient and hassle-free way!