Cryptocurrency in 2020 - Diary Of A Rocket 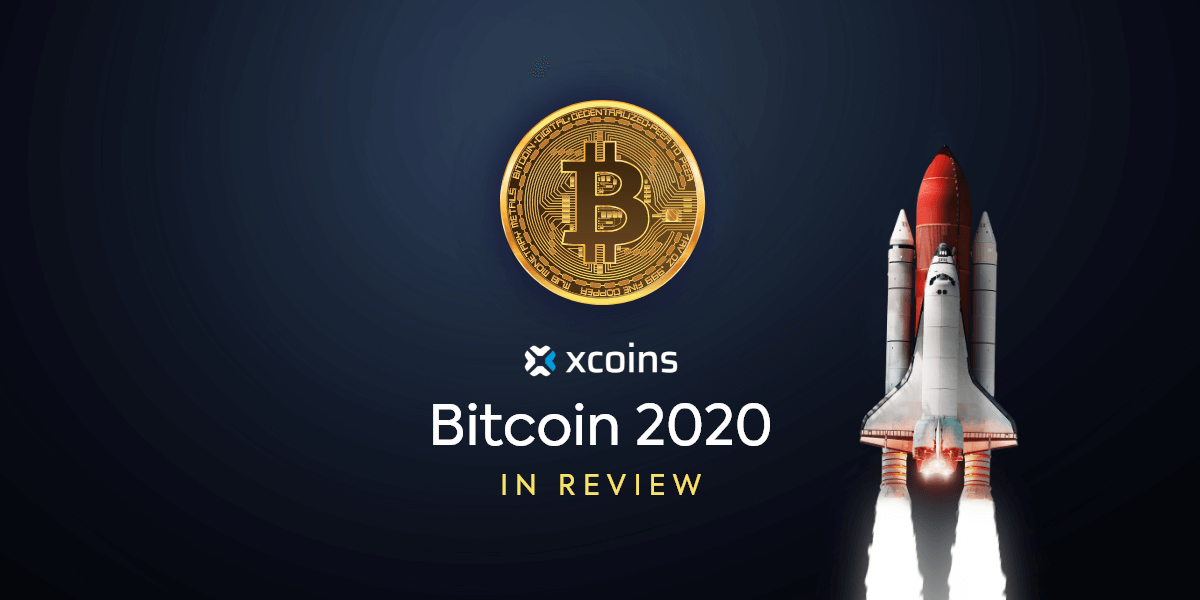 Bitcoin and cryptocurrencies in general, have taken a massive leap in terms of acceptance this year. More institutional investors and financial journalists have jumped on the bitcoin bandwagon and prices have reflected this increased focus.

As 2020 ends, we take a look at this progression of thought on cryptocurrency through the year, along with price movements and seminal events that got us to where we are today.

As economic fears mounted, investors rushed to safe havens like gold and the US Dollar. In the markets, when you don’t know what’s going to happen, this is where you put your money. It has always been so. Cryptocurrencies were sold in the rush and the arguments that Bitcoin was like gold were ridiculed.

As the world became more attuned to the pandemic, investment gurus pronounced on all manner of issues. In the absence of hard data, as unemployment shot up and spending collapsed, how could they be sure of anything? The Stock Market actually increased even though nobody could shake hands and the safety of personal wealth was of rising concern. People began to look at less traditional options.

"Cryptocurrencies including Bitcoin will be in decline eventually and everything will go to zero.” Jim Rogers, co-founder of the Soros Quantum Fund (June 2020).

Central banks continued to print money and cut interest rates, sometimes introducing negative rates. Savers would be penalized for saving. Money would have less value in the future. The US Dollar, normally a safe haven, began to fall and share prices continued to climb. It was a new topsy-turvy world of economics. Morgan Stanley, JP Morgan, and the Financial Times began to speak about bitcoin, its strengths, and its weaknesses. Its possibilities. The old ways were not working.

Fears of a second wave of the pandemic proved correct but the thoughts of financial experts had changed since the early months of the year. Amidst the blanket coverage of the US elections, major companies began to announce large purchases of bitcoin and other cryptocurrencies. They explained their reasoning, in part, as due to the unreliability of traditional options.

But they weren't just concerned, they were confident too. Jim Cramer of Mad Money, Jack Ma of Alibaba, and even more substantially, Larry Fink of BlackRock, a $7 trillion investment fund, all said positive things about the future of cryptocurrency. Central Bankers began nodding in agreement.

“Interest is on the rise: More than half of U.S. investors are interested in investing in Bitcoin.” Grayscale Report (Nov. 2020). 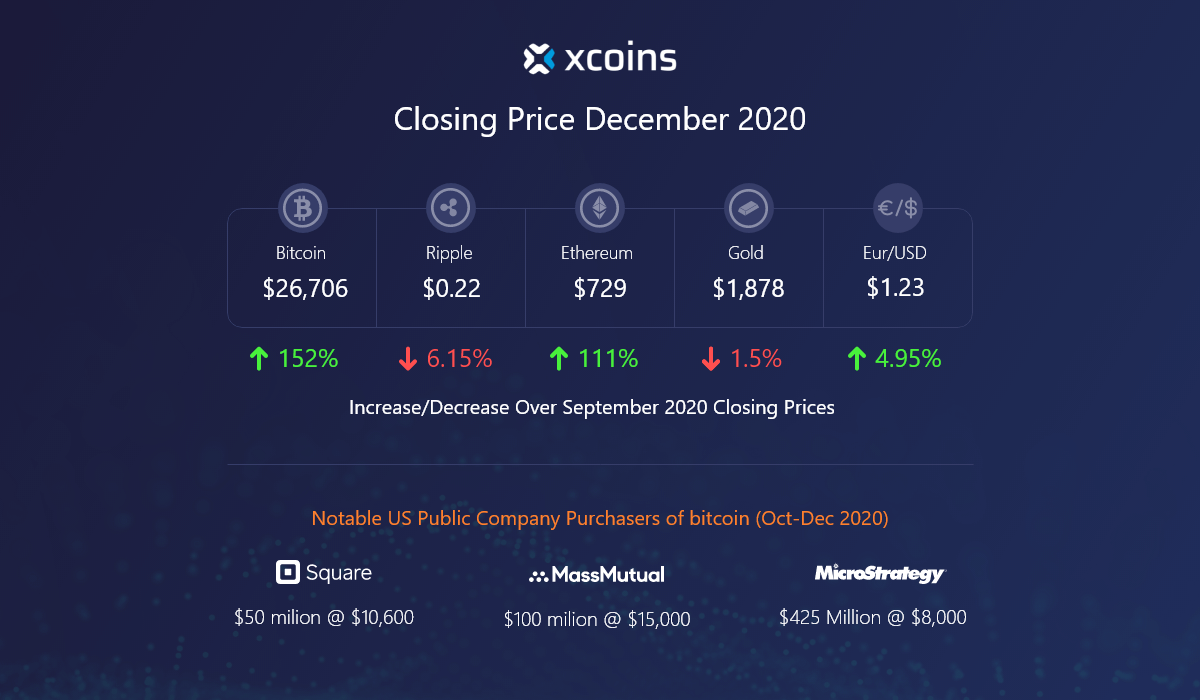 2020 - the year Bitcoin took so many by surprise

It is important to understand that the growing interest in bitcoin and cryptocurrencies is not solely because of rises in prices. Bitcoin is up 272% while Ethereum scored a gain of 463% on January’s price. These prices are a reflection of the growing interest and acceptance of bitcoin and other cryptocurrencies by old-school institutional investors, financial media, and a wider array of small savers.

“I might be missing something about Bitcoin, so I’d love to be corrected.” Ray Dalio, Hedge Fund Billionaire (November 2020).

There is little doubt that this was a big year for cryptocurrencies. No less than Prof. Niall Ferguson, Harvard Economic Professor and the writer of The Ascent of Money, has recently proclaimed cryptocurrency the “winner of the 2020 COVID-19 monetary revolution”.

As we enter 2021, it is a good time to remember that your success or failure in investing will be driven in large part by your expectations.

*All prices are indicative and may vary slightly depending on source and time of capture.