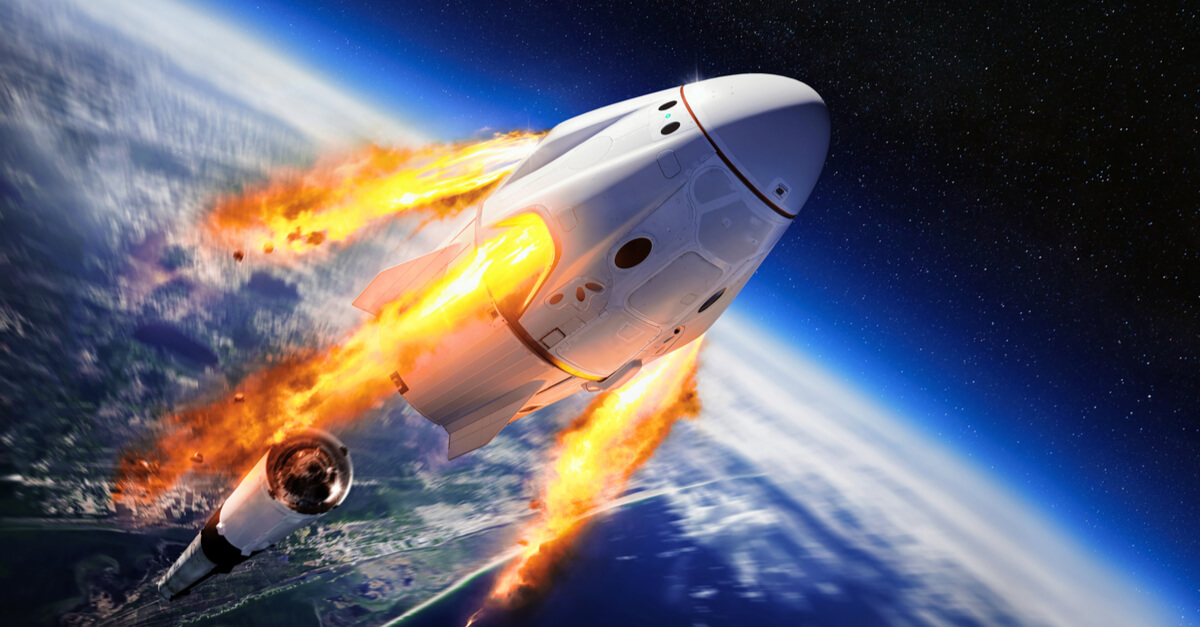 Elon Musk’s Crew Dragon spacecraft in space. The Crew Dragon is capable of carrying up to 7 passengers to and from earth orbit, and beyond.

The end of this tweeting rampage was marked by the Tesla CEO changing his Twitter bio to “#bitcoin”. This coincided with Bitcoin (BTC) exiting its week-long stagnation and heading back towards its all-time high.

Researchers at the Blockchain Research Lab (BRL) have published a working paper analyzing the effects of the billionaire’s tweets on the price of DOGE and BTC. 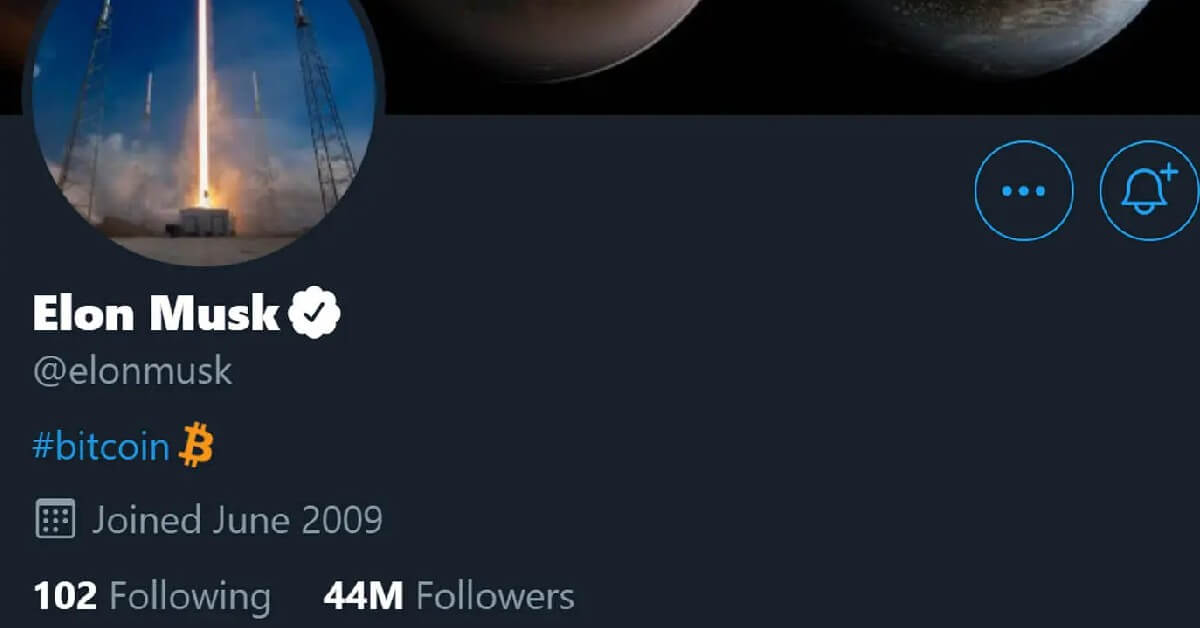 The working paper, titled 'How Elon Musk’s Twitter activity moves cryptocurrency markets', analyzes the extent to which tweets made by the Tesla CEO affect the trading volume and price of DOGE and BTC.

The BRL’s research looked at six tweets relating to the two cryptocurrencies made by the tech billionaire over a period of six months.

The paper designates each tweet as an event and uses ‘event study methodology’ to analyze the event’s contribution to trading volume and returns.

The researchers found that for all of the events studied, there was a significant relationship between theme and both the trading volume and price of DOGE and BTC. Four of the tweets seemingly were only reactions to market activity the study says, while two seem to have caused it.

These two events highlight “the significant impact Elon Musk’s Twitter activity can have on cryptocurrency markets”, say the study's authors.

Comparisons to the Gamestock saga 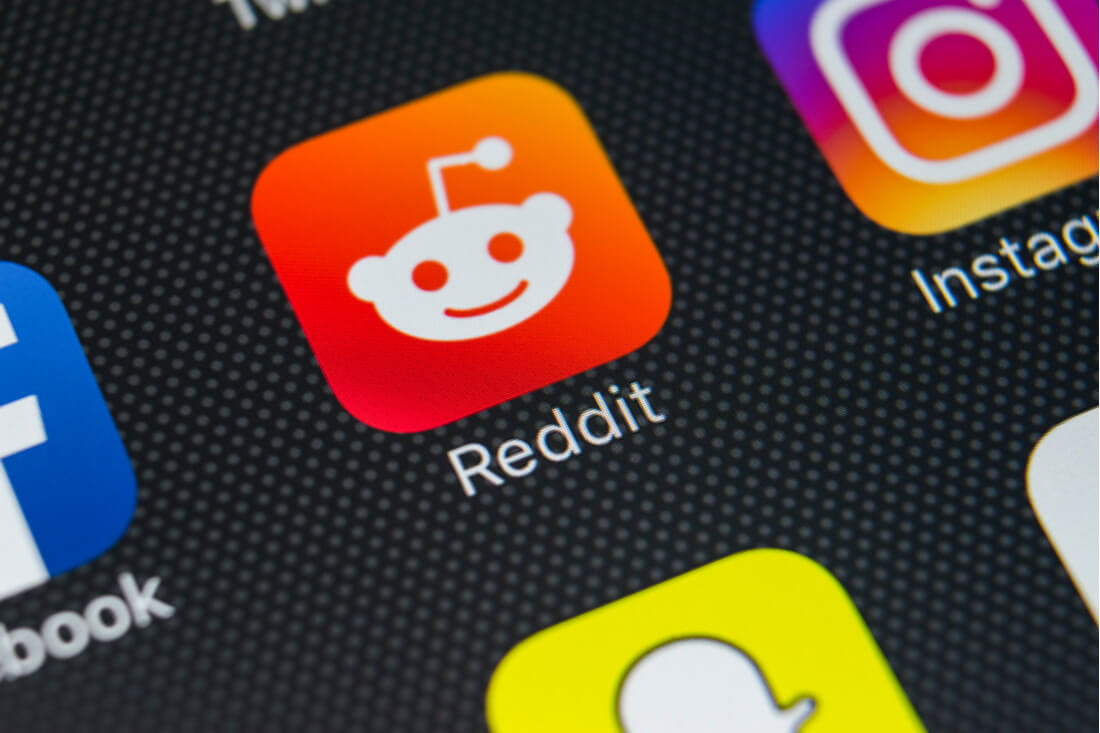 The study comes as the investing world is seeing seismic shifts in the participants who are seen as driving markets. Last week, we investigated the GameStop (GME) saga, in which a group of Redditors in the WallStreetBets subreddit, prompted by a disdain for ‘big money’ on Wall Street shorting declining stocks, decided to band together to simultaneously promote and invest in GME.

This caused the stock to accelerate upwards, prompting some analysts to advise large Wall Street hedge funds to double down on their bets against GME.

However, the unrelenting determination of the Redditors, inspired by their determination to ‘stick it to the man’, quickly left those same analysts recommending positions to be closed and losses cut.

Whilst this was a group effort, there are comparisons to be drawn to the findings of the BRL study. It is impossible to know the collective wealth of the active participants in a subreddit such as r/wallstreetbets, or how it might compare to the wealth of someone like Elon Musk, the world’s richest man, but it is likely that when a post gets enough momentum to set the agenda on a subreddit like this, it becomes a market-moving event in much the same way as one of Musk’s tweets.

While tweets probably only move cryptocurrency markets in extreme cases, Musk is the world’s richest man, after all, is there cause for concern?

Whilst Musk has made clear that his cryptocurrency tweets are intended to be jocular in delivery, individuals with his kind of presence could manipulate the market for their own personal gain.

This extends to groups too, as many in the cryptocurrency market know all too well. There is an abundance of so-called ‘pump-and-dump’ groups largely inhabiting Telegram. These groups attempt to create hype around a particular project for the purpose of triggering its price to rally. They then quickly ‘dump’ on unwitting buyers who fall for their malicious promotion.

The future influence of influencers

For now, the dedication to freedom in the cryptocurrency industry, from financial freedom to freedom of speech, naturally bodes well for influencers.

In a free market, the price of a cryptocurrency will always ultimately be what people collectively decide it is worth. However, this means that extremely high net worth individuals like Musk, acting in good humor, genuine support, or out of personal interest, will likely continue to have a large impact on the cryptocurrency markets.

Unless either regulators step in or the market becomes so big that even the world’s richest man has little influence, we’ll be keeping an eye on Musk’s Twitter. That said, we’ll be making our purchasing decisions firmly based on the core fundamentals of any given cryptocurrency. While the tweets of influencers may lead to short term bubbles in the market, it is your belief in the fundamental value of blockchain technology that should drive your decision making, not the whims of Twitter personalities.