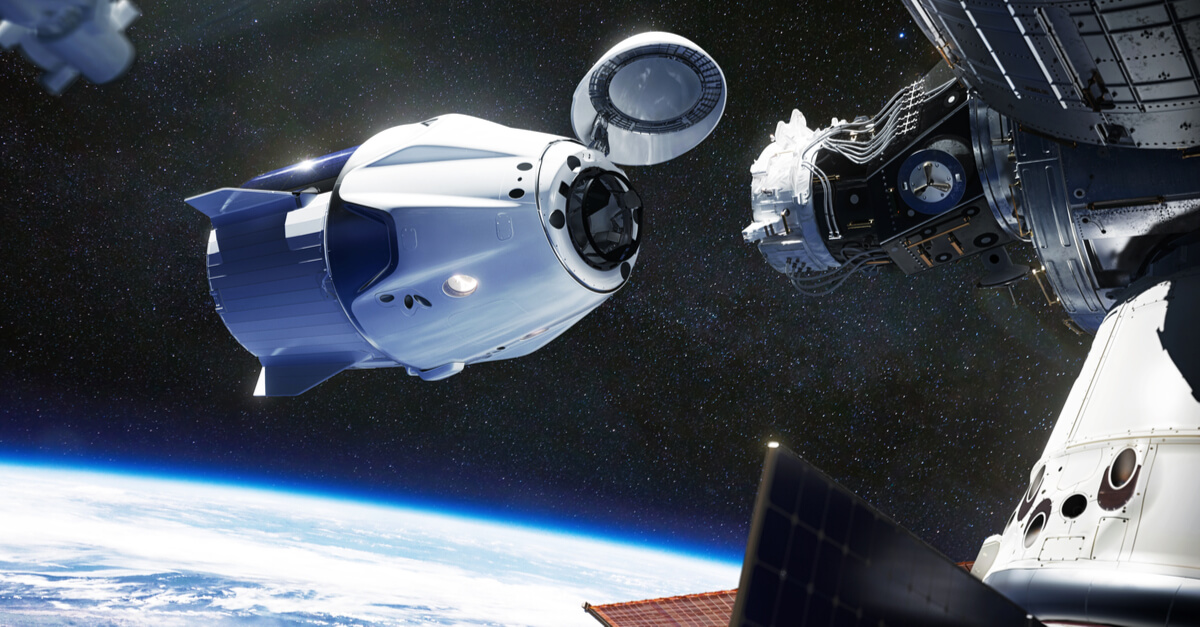 Tesla CEO and Space X founder, Elon Musk, is considering converting cash on the Tesla balance sheet into Bitcoin, indicating yesterday on social media that he is severely tempted by the cryptocurrency.

Musk, the world’s second-richest man, used his Twitter account to acknowledge he was feeling the allure of Bitcoin. During an exchange on the social media platform, he was asked by US entrepreneur and MicroStrategy founder Michael Saylor about the possibility of converting funds on the Tesla (TSLA) balance sheet from USD to BTC. 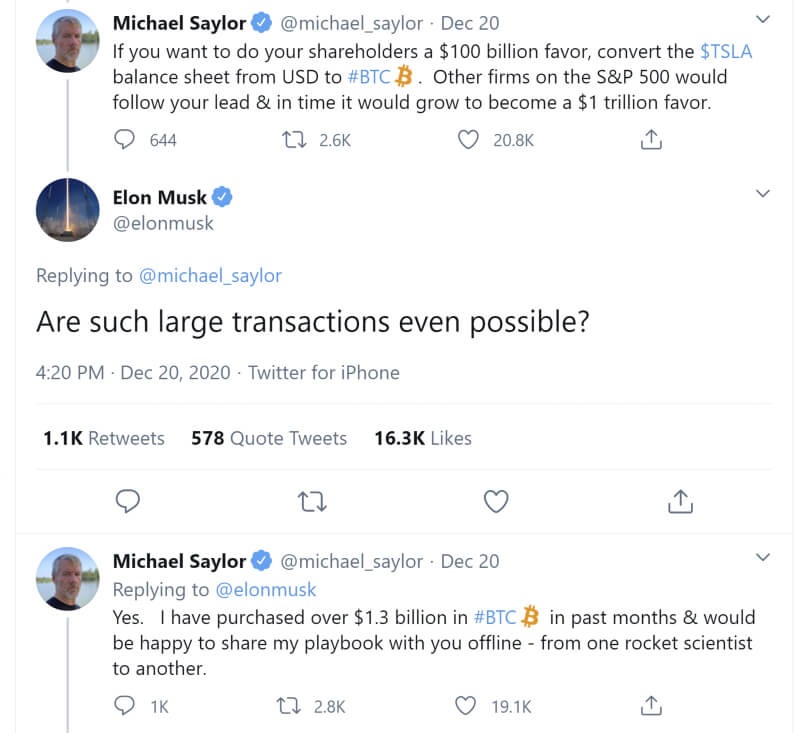 Saylor is betting big on Bitcoin. In mid-August, MicroStrategy announced it has purchased $250 million of the cryptocurrency. It was a watershed moment as it meant MicroStrategy had become the first public company to invest the lion’s share of its treasury in Bitcoin. The amount invested by Saylor has since risen to over a billion dollars

Could Musk take a leaf from the MicroStrategy playbook?

In the Twitter exchange with Saylor, Musk asked: “Are such large transactions even possible?” Numerous people assured him they are, including Saylor, who said he had purchased more than $1.3 billion in Bitcoin and offered to share his “playbook” offline.

Saylor sought to convince Musk to move US dollars from the electric-car maker to Bitcoin in order to “do your shareholders a $100 billion favor.” Saylor added in a tweet on Sunday: “Other firms on the S&P 500 would follow your lead & in time it would grow to become a $1 trillion favor.”

Bitcoin is currently surging to record highs as institutional investors increasingly look to jump on board. The cryptocurrency went above $20,000 for the first time last week. Meanwhile, Tesla began trading as a member of the S&P 500 Index today after its stock market value increased eight-fold in the last year.

If Musk were to convert even a tiny fraction of Tesla’s balance sheets into Bitcoin it is likely that the move would have a market-moving impact on the value of Bitcoin, so this is a development that holders of the cryptocurrency would be wise to keep a close eye on.