How Bitcoin is Resetting the Generational Wealth Divide 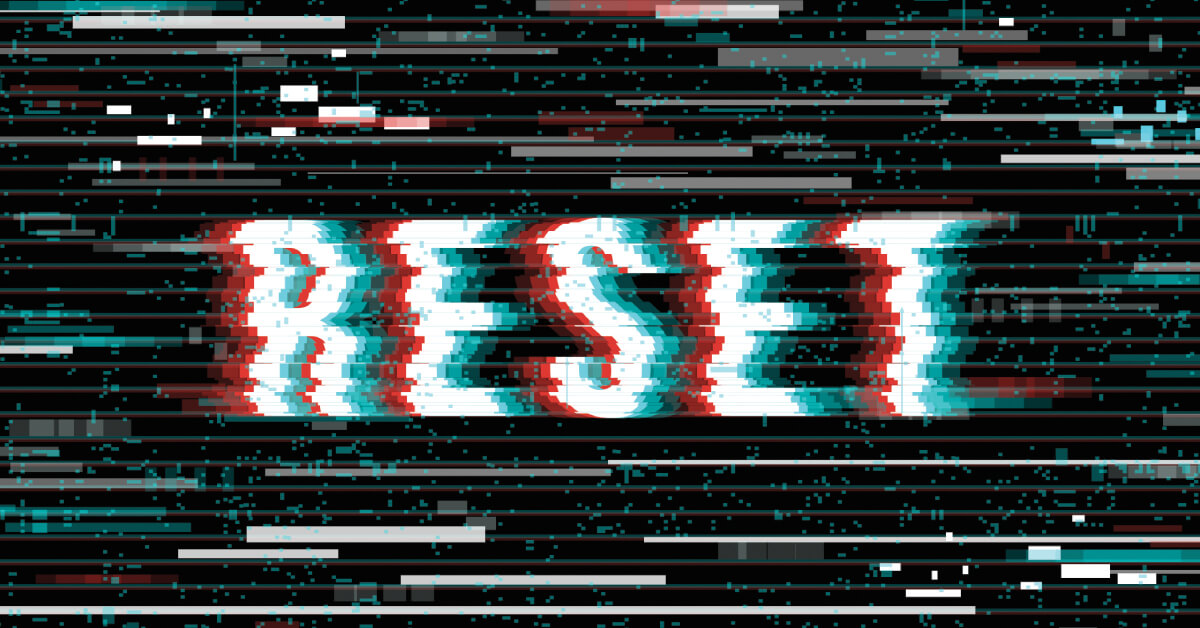 Young people are struggling to get a foothold on the housing ladder while older generations sit on enormous profits made from the housing boom. But far greater profits have been made by those who invested early in cryptocurrency and the winners from this have been skewed heavily in the opposite direction.

Generation Z — people born from 1995 to 2010 — is currently the largest generation in the world. Although most members of Generation Z have little capital to invest, these conscientious and politically woke twenty-somethings are skilled at cultivating their wealth and are far more likely to dabble in crypto when they’ve got the dough than their parents' generation.

The scramble for housing

While many baby boomers and some lucky, older millennials are sitting pretty in their humble abodes that have seen astronomical growth in value, the youthful Generation Z are left stuck in a cycle of renting unaffordable accommodation. Our heart goes out to you, college kids.

With house prices skyrocketing, the vast majority of the young are struggling to keep up with rent payments and having to face the burden of obscenely high deposits to secure mortgages that remain a mere pipedream for many. For youthful millennials and “Generation Z” members that missed the opportunity to secure real estate, it is now virtually impossible to evade this rental conundrum, especially with the added burden of student debt.

The median sales price of houses in the United States has grown to levels few ever imagined possible. Source: Fred.

The more proactive baby boomers and older millennials who did secure real estate early enough are now sitting on substantially larger wealth than their younger counterparts. According to Business Insider, millennials hold a mere 4% of the US’s real estate value, whereas baby boomers at their age held 32%. Furthermore, any of the millennials and Generation Z now looking to purchase their first homes will spend 39% more than baby boomers would have done so back in the day.

Real estate investors are one of the root causes of this deficit in the ‘first home’ market – as soon as one pops up on the market, an investor with a boatload of cold hard cash swoops in. With these investors leaving fledgling millennials with little options, there’s no wondering why millennials are struggling to enter the real estate market.

The youth believe in BTC

While several more aged tycoons have taken the plunge into Bitcoin and made billions, from the 55-year-old Michael Novogratz, who is currently CEO of Galaxy Holdings, to the 55-year-old Dan Morehead, CEO of Pantera Capital, it is substantially more likely for the young to dabble in crypto than it is for older investors.

According to a Michelmores survey in the U.K, 20% of wealthy millennials in the United Kingdom partook in Bitcoin investments, as opposed to a mere 3% of the nation’s general population. CNBC found that 5% of millennials believe that “bitcoin is the best place to put money” that they won’t use for the next decade or longer, while only 1.2% of Generation X believed it was a reliable way to store their savings. Boomers came in last at 1%, demonstrating how Bitcoin skepticism increases with age. 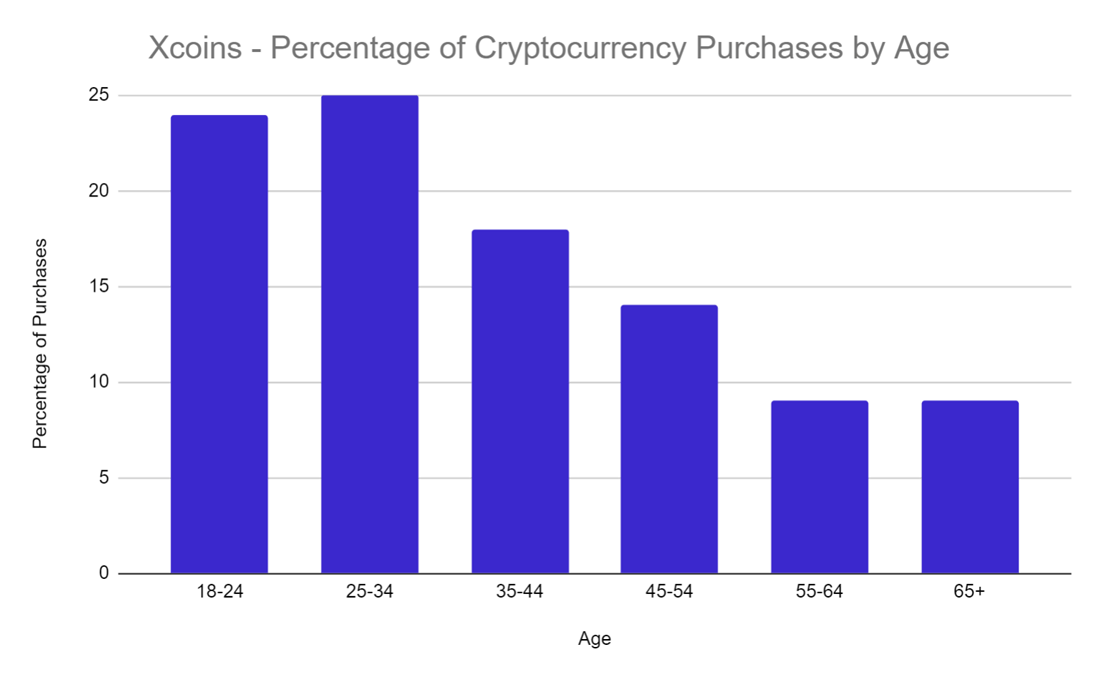 Current age demographics of individuals buying cryptocurrency at Xcoins.com. The 18-54-year-old age bracket constitutes 81% of Xcoins’ customers. There is a positive correlation between lower age and cryptocurrency purchased.

The striking increase in capital of those that latched onto Bitcoin in its early days such as the Winklevoss twins who Mark Zuckerberg allegedly swindled out of the multibillion-dollar social network Facebook, reflects the greater likelihood of younger generations embracing the cryptocurrency.

Although the Winklevoss twins lost out with Facebook, they were some of the earliest Bitcoin investors and have in turn surpassed the social network in some ways by putting their faith in the blockchain revolution. While Facebook has fallen prey to hackers, intervening governmental bodies, and become the center of political scandal (let’s not forget Cambridge Analytica and The Great Hack), the Winklevoss brothers are a part of a digital revolution that is uncrackable by hackers, free from the manipulation of external authorities and doesn’t stand accused of destabilizing Western democracy.

While Zuckerburg scrambles to create his own cryptocurrency Libra, The Winklevoss brothers went on to found the crypto-trading platform Gemini and came out with a billion-dollar return on their Bitcoin investment. They are now at the head of a paradigm shift that is altering the concept of money altogether. Let’s see how long it’ll take for Zuckerburg’s fledgling cryptocurrency efforts to catch up.

Other early investors that have made it big include Erik Finman and Jared Kenna. Finman invested in Bitcoin at the age of twelve, purchasing $1000 of the cryptocurrency. He is now worth over $4.5 million, sitting on 446 bitcoins. Kenna started his bitcoin journey when the coin was sold for a mere 20 cents per piece. A few years later, when Bitcoin hit roughly $258 per piece, he sold his coins to cash out on a fortune. That fortune would, however, be considerably larger had he continued to hold them.

Over recent years “Big Data” has enabled advertisers to pinpoint demographic trends such as age and socioeconomic background and target similar types of consumers with ads that they are more likely to click on. This could compound the divide between generational uptake of cryptocurrency further as algorithms and advertisers deem baby boomers too reluctant to invest in crypto to be worth spending any advertising dollars on them whatsoever. 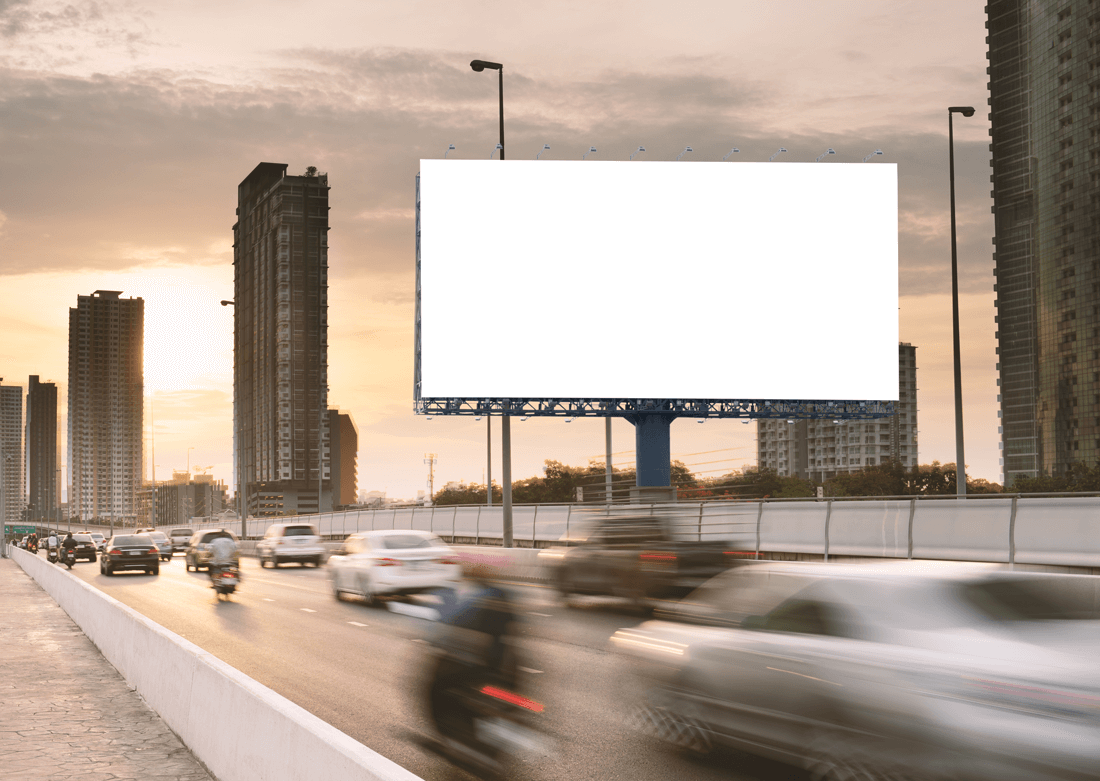 So, who does that leave targeted by the ad spend of cryptocurrency businesses? Yes, you’ve got it – tech-savvy young millennials and the eager generation Z, that already has more faith in cryptocurrency than any other generation.

If current trend lines continue, cryptocurrency will become a prime agent redefining generational wealth on a grand scale. While there were a few boomers who seized the opportunity to buy Bitcoin when it was at its teething stage, the youth of the day remain the real benefactors of the creation as it continues its path into a tangible and lucrative opportunity for investors.

So if you’ve got older friends or relatives who could benefit from knowing about cryptocurrency, you would be well advised to tell them so - because if you don’t - it’s quite possible that no one else will.