More Eyeballs on Bitcoin, Here’s Why 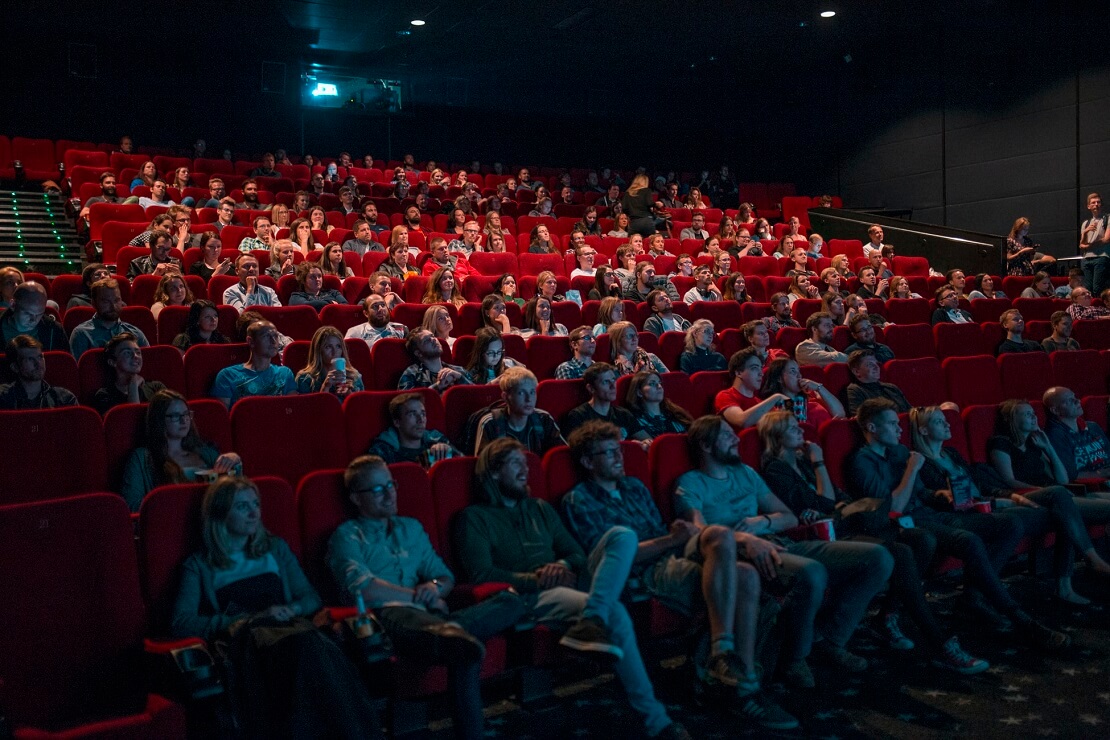 The markets finally acknowledged that there is a world outside of Wall Street as the DJ Index shed over 7%, Bitcoin continued to bounce off the $10k price ceiling and someone somewhere paid $ 2.5mio for a $134 Ethereum transfer, possibly by mistake. We love mistakes, it helps us to learn.

We called the markets unrealistic a few weeks ago (see Dow Jones/Cryptocurrency Disconnect - Reality Will Bite) and we are not of the view that the bottom has yet been reached.

At the same time as the market embraces reality, it will also be embracing Bitcoin a little bit tighter as a new listing on the German Xetra exchange looks promising. 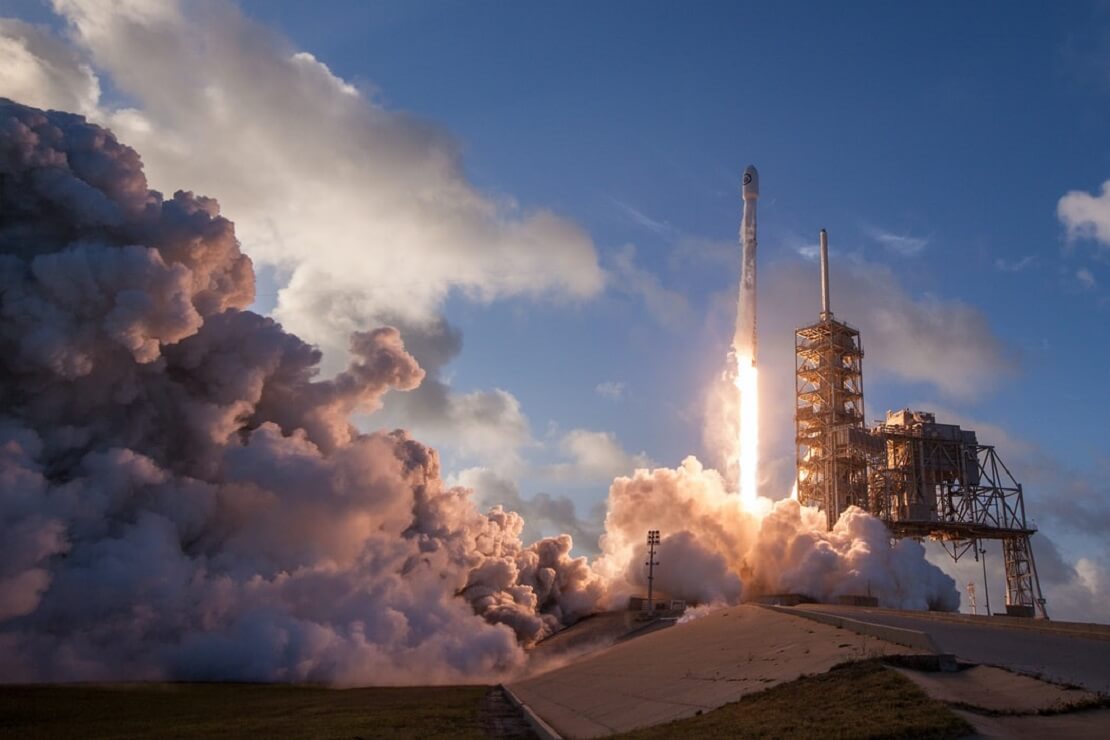 The world’s first centrally cleared regulated derivative cryptocurrency investment asset is to be listed on the influential Xetra market in Frankfurt, Germany in the coming weeks. To us, this signifies an incredible point in the journey of an asset that only appeared 11 years ago.

To put this into context, it’s only been 10 years since 10,000 Bitcoins were used to purchase 2 pizzas, the same amount that could now buy 10 million. We would expect interest to only increase after the listing, as awareness of the asset's utility and more importantly, ease of access attracts more institutional buyers.

In recently reported news, the U.S. Pentagon has been wargaming different scenarios of attack both from outside its shores and from within, using crypto as the currency of choice.

With recent protests gathering steam across the world, the Pentagon is particularly concerned about cyber attacks and recognizes that normal fiat currencies will be largely redundant. In the same way that terrorists using dollars doesn’t infer a particular malignancy to the US currency, the fact that crypto would be used would be an obvious choice if the fictitious rebellion is aimed at a government from within the country’s borders.

We expect that the war games will increase internal government pressure to regulate the crypto market in some way - just another long term issue we will be keeping an eye on. 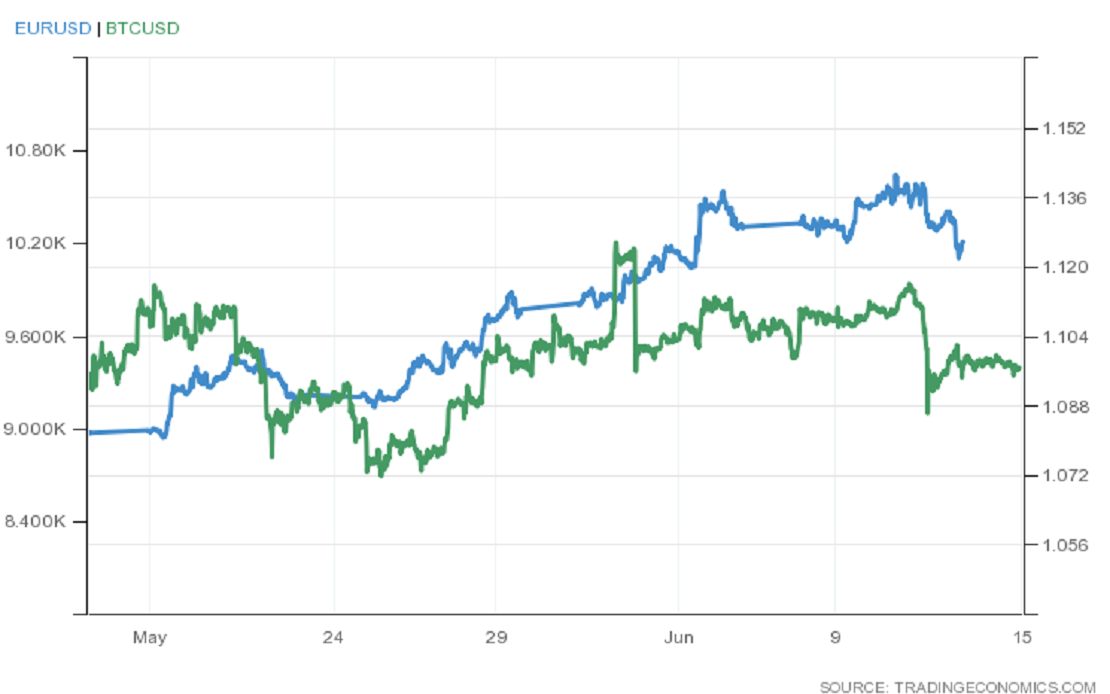 Something you may not have noticed over the last month between staying at home and marching the streets is that the USD has lost a lot of value over the last 30 days. As a safe haven currency, not unlike Bitcoin, we would expect to see a correlation but this link seems to be breaking slightly. (See chart above.)

Each has been moving for different reasons, the USD as the market is gauged to be overbought whereas Bitcoin continues to bounce off a technical ceiling of $10,000.There are other reasons but you get the idea.

Our concern here is that Euroland is not in a particularly better place than the U.S. and it may be an indication that the time of the Euro is at hand to overtake the USD as the world's reserve currency. A little early to sound alarm bells but worth considering when you are choosing whether to buy Bitcoins and sell U.S. Dollars.

Transitions rarely come tumbling but rather in snippets of change. We like to watch out for the snippets.

A “fat finger” foul up you should always avoid.

With records of transactions publicly available, Ethereum trades are sometimes worth delving into to see what kind of volume and activity are driving particular price events. And then there are other reasons.

It was noted this week that someone had paid a transaction fee of $ 2.5million to transfer $134 of Ethereum across the blockchain. Nobody likes this event, particularly the exchange, as it raises all kinds of suspicion. Raising questions of money laundering is never a good look.

It has happened before however and in the previous case the fault lay, as it many times does, in the hands of the “fat finger”. When transferring, you are asked not just the amount you wish to move but also the transaction fee you are willing to part with. You are normally given a good indication of how much of a fee will be needed to satisfy your transfer time requirement. At least that’s how it’s supposed to work.

The problem in the previous case arose when the ordering party inverted and misclassed the figures. A story worth remembering every time you make a transfer.

What we’ll watch in the week ahead.

Another week of numbers that may mean something or may mean nothing. From Europe, we will be watching the all-important ZEW economic indicator along with European inflation metrics. Retail sales in the U.S. will be of particular interest as we gauge consumer appetite for coming out of lockdown.