Ten Key Trends to Watch in Crypto in 2021 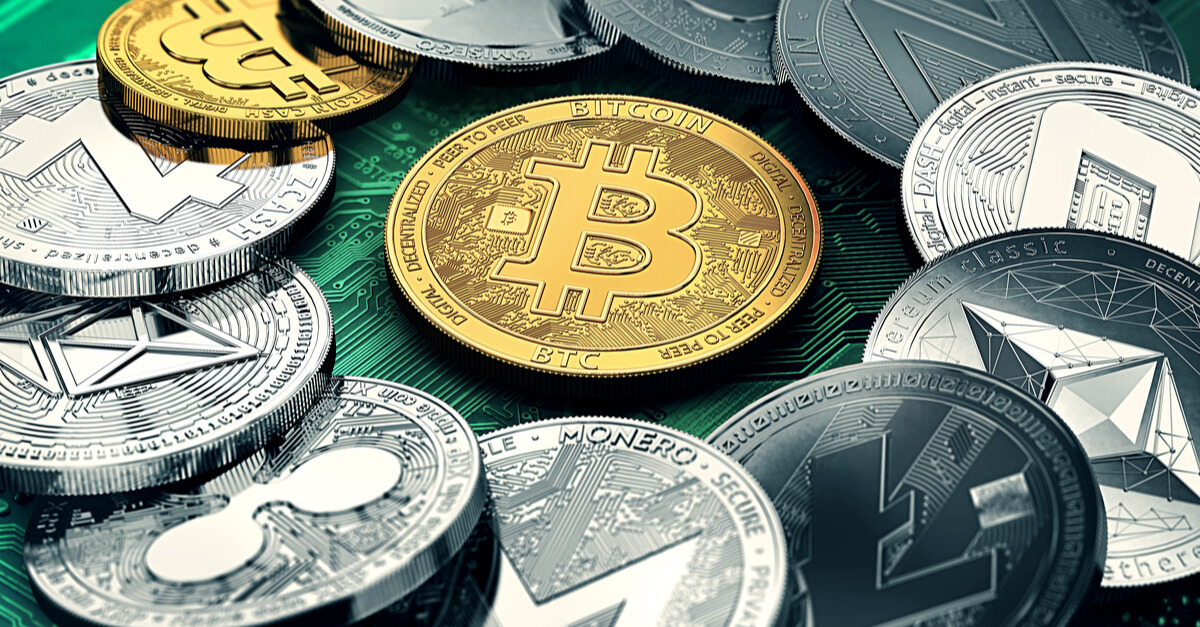 The ‘real’ versus ‘relative’ value of Bitcoin, the rise of Ethereum, and the explosion of stablecoins and DeFi – we give you the lowdown on the biggest trends in the world of crypto as highlighted by the new Messari ‘Crypto Theses for 2021’ report.

The report is always a must-read for serious crypto enthusiasts, but if you don’t have time to read the full 134-page tomb right now, here are our key takeaways, including a “$100k/BTC at least before the end of 2021” price prediction

Bitcoin is becoming the smart money alternative to gold 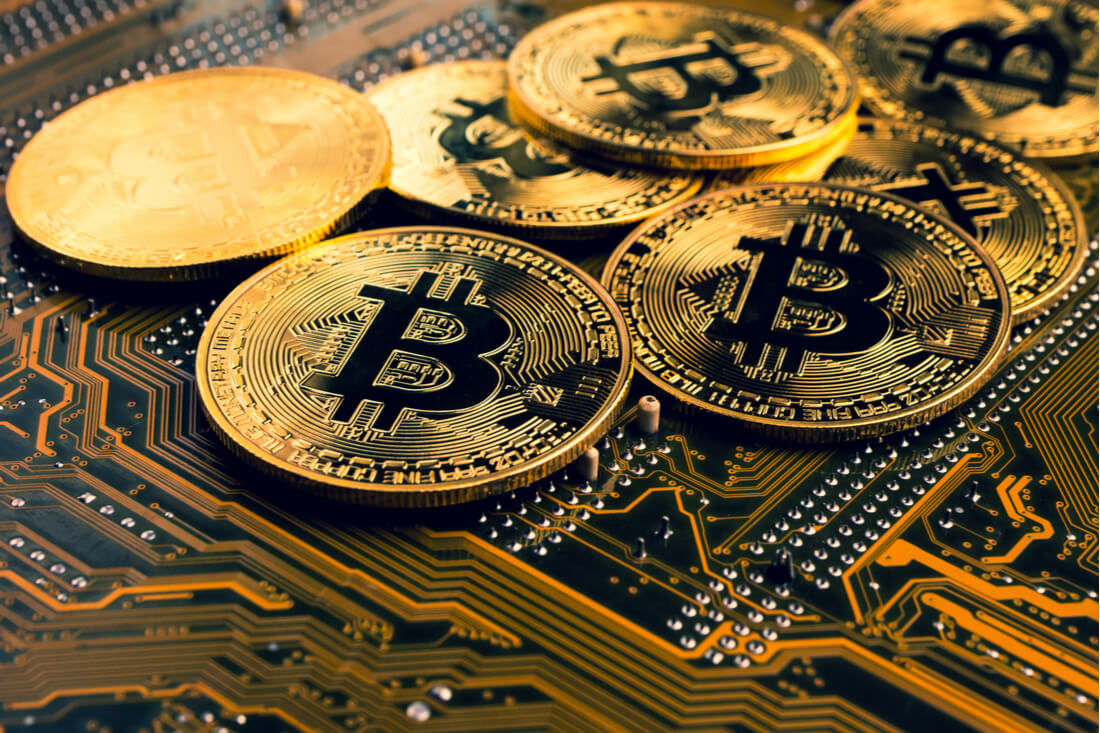 Amidst the chaos of coronavirus and lockdowns, “the real story for bitcoin” was that central banks added trillions of dollars to their balance sheets, monetized sovereign debt at record levels, and drove real yields negative for record levels of debt”, the report explains.

The key difference today “is bitcoin’s prominence in the macro conversation and its emergence as the smart money alternative to gold”, the report explains, highlighting a number of heavy hitters who have recently come out in favour of Bitcoin, notably: 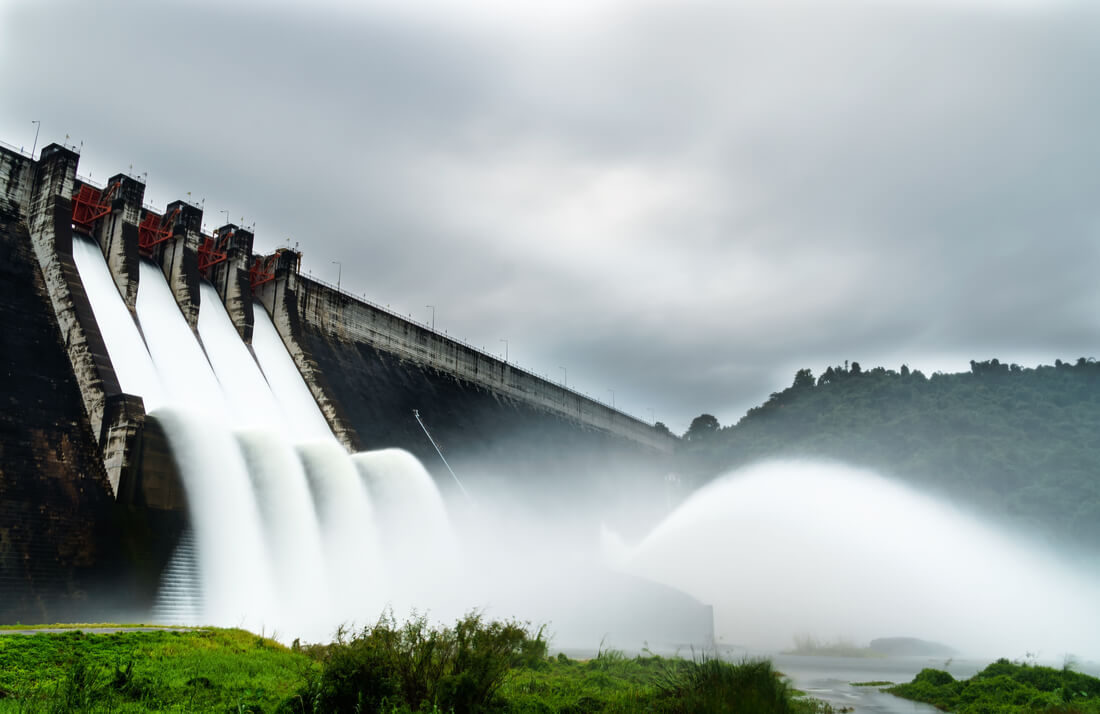 The world’s top institutional money managers have finally opened the floodgates to crypto.

According to the report, “It’s not about capital inflows from any one of these particular investors”, it’s about recognising a sea change. “The world’s top institutional money managers have finally taken public positions that make it socially acceptable for their colleagues to jump into the fray and buy BTC, the gateway drug to the rest of crypto. By eliminating the career risk associated with crypto investing, they’ve opened the institutional allocator floodgates for 2021.”

Ethereum will be the platform to watch in 2021 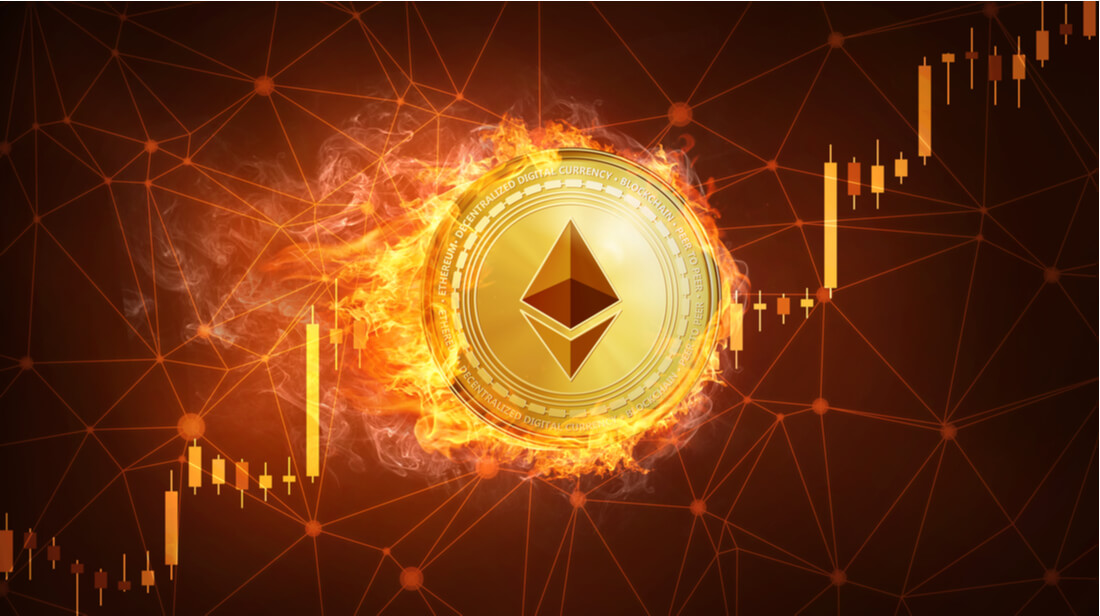 “It’s hard to believe how many novel financial services and applications found product-market fit this year thanks to Ethereum,” the report said. It added that, while Bitcoin may be primed for a big year due to its macro positioning, it’s Ethereum that has “taken flight as crypto’s most important platform, one that could power an entirely new financial system, and a more open, resilient internet”.

In addition, the report stated that Ethereum may have even taken a permanent lead this year versus Bitcoin in terms of economic value “transferred on its rails”. It added: “It’s hard to ignore five-year-old technologies that process more than $1 trillion in real value transfers per year, a figure that has already eclipsed PayPal’s.”

The dramatic rise of Stablecoins 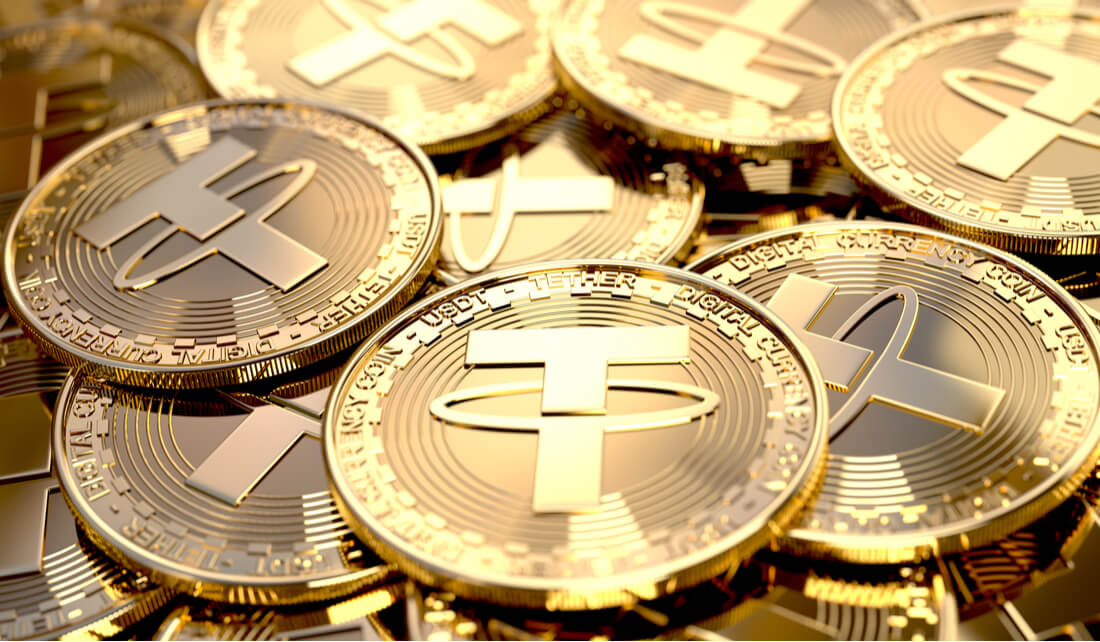 The use of Stablecoins such as Tether (USDT) exploded during the last year. More than $20 billion of supply is now facilitating hundreds of billions of dollars of transaction flow through “crypto dollars”.

The US dollar remains crypto’s reserve currency, and this is a trend that is expected to continue as more crypto dollar applications come online, and countries take the step of introducing their own central-bank digital currency initiatives.

“Despite concern regarding potential seizures (not to mention the current reserve status) of Tether, the leading stablecoin continues to grow and dominate its segment (and most international crypto-exchange settlements)”, the report said.

The report explains that increasingly crypto is falling into six key categories:

“Even though most crypto assets are correlated, we’ve begun to see clear performance separation over time between sectors and assets with real economic models,” the report says.

“Sector segregation isn’t just an exercise in relative valuation analysis; it helps us identify sector-specific KPIs. We may care about inflation rates and on-chain liquidity for currencies; staking yield and network fees for platform tokens, and adjusted / fee-driven yields on DeFi network tokens.”

“There may be a large ‘ETH is Money’ crowd, but I personally don’t think of pureplay currencies like BTC the same way I think about platform tokens like ETH,” says Selkis.

We’re moving towards a bankless future 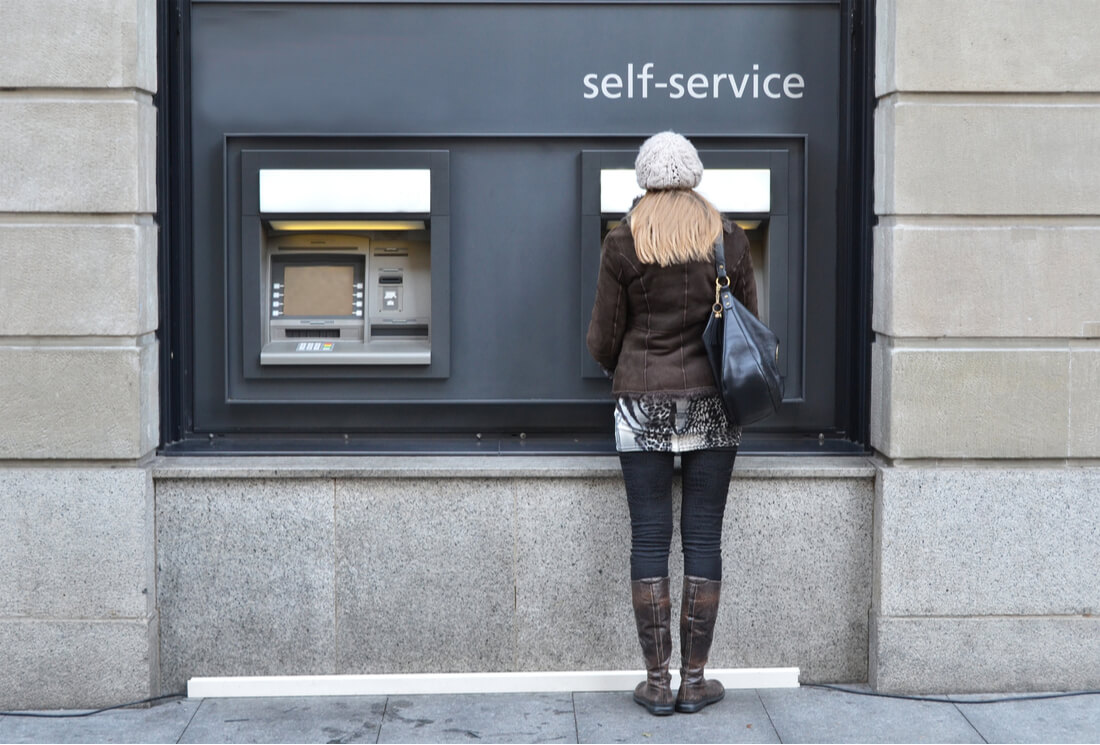 Establishing a completely new financial system – including payments, lending, insurance, asset issuance, and exchange – takes a considerable amount of work if the aim is to move from the FDIC-insured financial system and Etrade accounts to a crypto equivalent, the report said.  “Yet over the course of this year, crypto spawned the building blocks to do just that,” it added.

On the topic of decentralized finance (DeFi), Selkis said “DeFi is justifiably hyped, the only thing I see slowing down the sector’s momentum would be precedent-setting (and maybe logic-bending) regulatory crackdowns of top market projects – I’m not betting on the regulators.”

A major boost for crypto in the last year came in the form of the explosion of crypto credit markets. Centralized, retail-facing services like BlockFi, as well as institutional lenders like Genesis, BitGo, and Galaxy, and DeFi lending protocols like Compound, Aave, and Maker, gained significant traction and resulted in greater liquidity and stability in what have been highly volatile crypto markets.

At the same time, crypto credit markets led to the wider use of new applications that necessitate stable base currencies, tighter trading spreads, and fewer inter-platform price dislocations. “Most importantly, credit kept assets locked in the crypto economy, and away from the taxman,” the report said.

Every type of financial asset could become tied to crypto

The report makes the bold claim that “every single financial asset that you can think of will one day be tied to crypto”, pointing to various examples of programmable financial assets from prediction markets to cryptocurrency exchanges. “Synthetics demonstrate how this transition could take place sooner than we realize”, the report said.

Power will be transferred from the big exchanges back to users

Crypto exchanges are profitable businesses, they come into contact with all the users, and are involved in all parts of the crypto world, whether that be trading, custody, lending, staking, research and data, governance and venture. This raises the question of how decentralized the crypto economy actually is, but the report said that users increasingly have more power.

“There may be switching costs to moving funds out of the mighty exchanges, but it’s still common and it’s much easier than switching banks,” the report said.

This one, we wholeheartedly agree with. We urge all our customers to put their crypto straight into a wallet they fully control. It’s never been easier to switch cryptocurrency exchange, so if you’re not completely satisfied with your exchange, it’s time to look elsewhere. 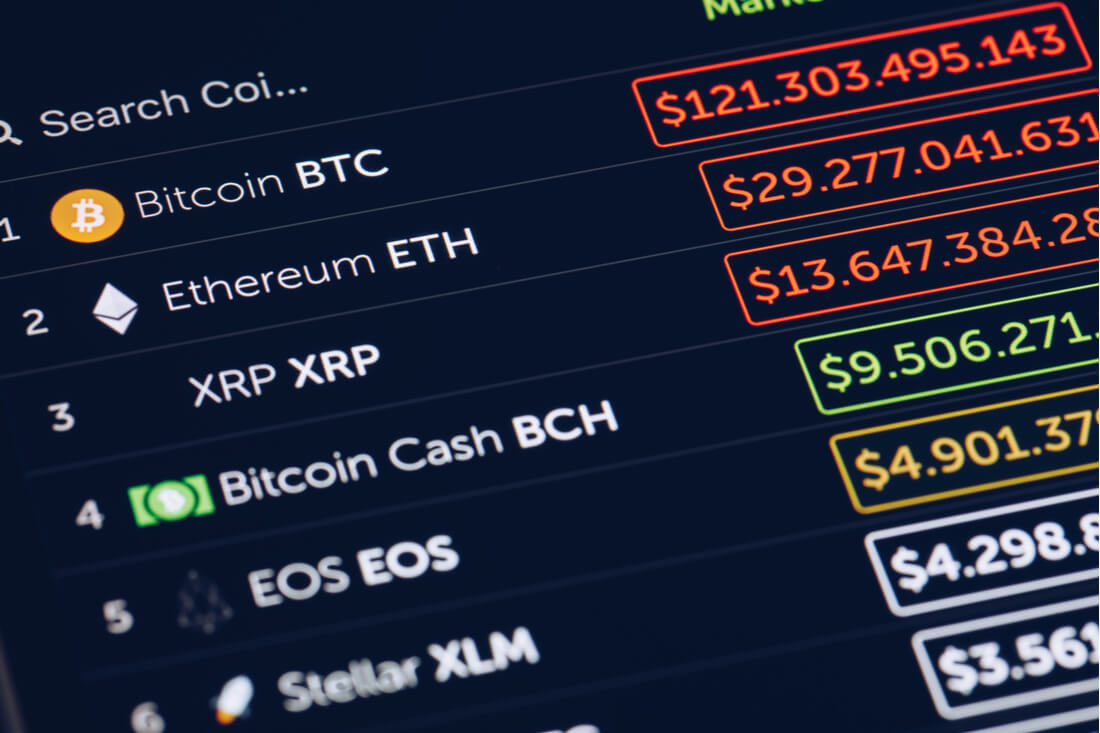 Will 2021 be the year of the non-fungible token (NFT)? A long-awaited decentralized storage network, Filecoin, recently finally launched, though there were a few last-minute legal hitches and some early token economics issues. Other storage solutions have rallied since, the report explains, as have a number of decentralized networking tools. It is claimed that decentralized hardware markets of this kind are the vital infrastructure networks we need to guarantee the web remains open in the coming years.

“It’s about more than just money and DeFi,” the report explains,” Web3 platforms open the door to a universe of new digitally native assets like gaming goods and digital art in the VR metaverse; new content and data licenses and uncensorable DNS; and even uncensorable bridges to legacy asset markets like real estate titling and insurance.

Crypto will become a political issue 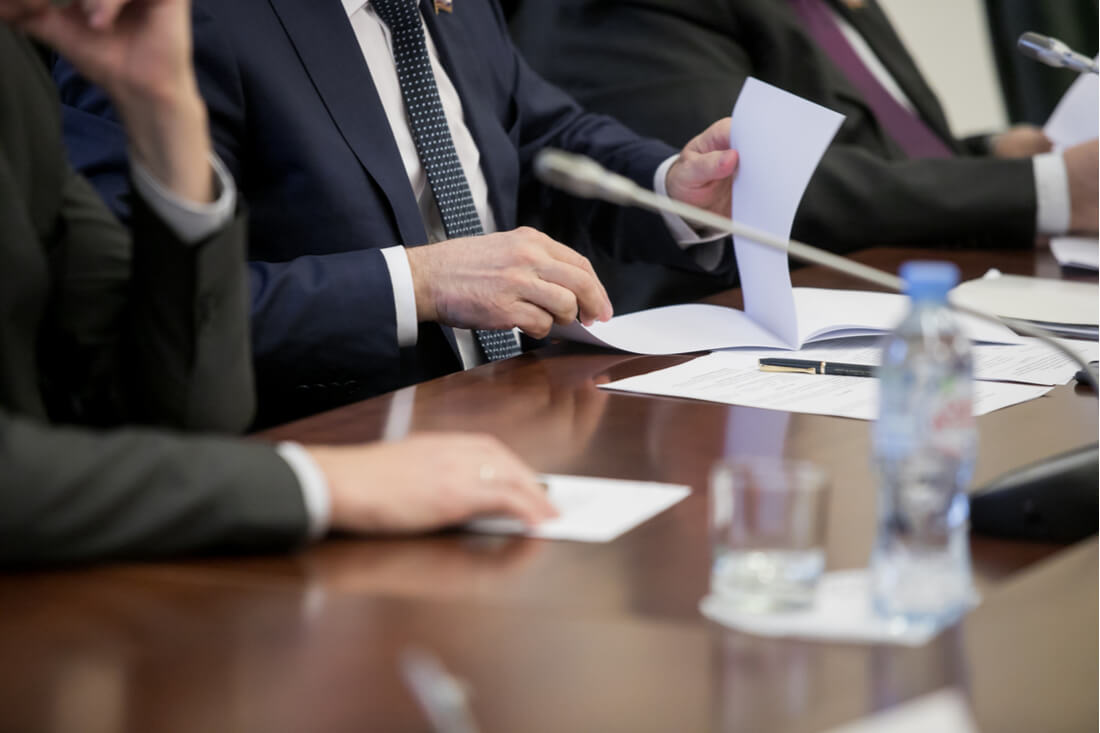 The volatile nature of Bitcoin markets means that the authorities have largely left the crypto industry to their own devices, according to the report. Bitcoin crashes have had the effect of lulling the “powers-that-be” into a false sense of security, the report says. It added that this could be summed up as a “sense that this passing fad is finally actually dead” and not worth regulating.

However, the report said that with a market capitalization of $500 billion (and now in the few days since the report's publication it has already crossed the trillion-dollar line) and trillions of dollars of annual transactions, crypto is becoming harder to ignore.

In 2021, expect more regulation and with more regulation crypto will gain more and more legitimacy. This is a subject we’ll be following here at Xcoins very closely indeed.