We’re Not Concerned When The Price of Bitcoin Dips, We’re Concerned If It Doesn’t Dip 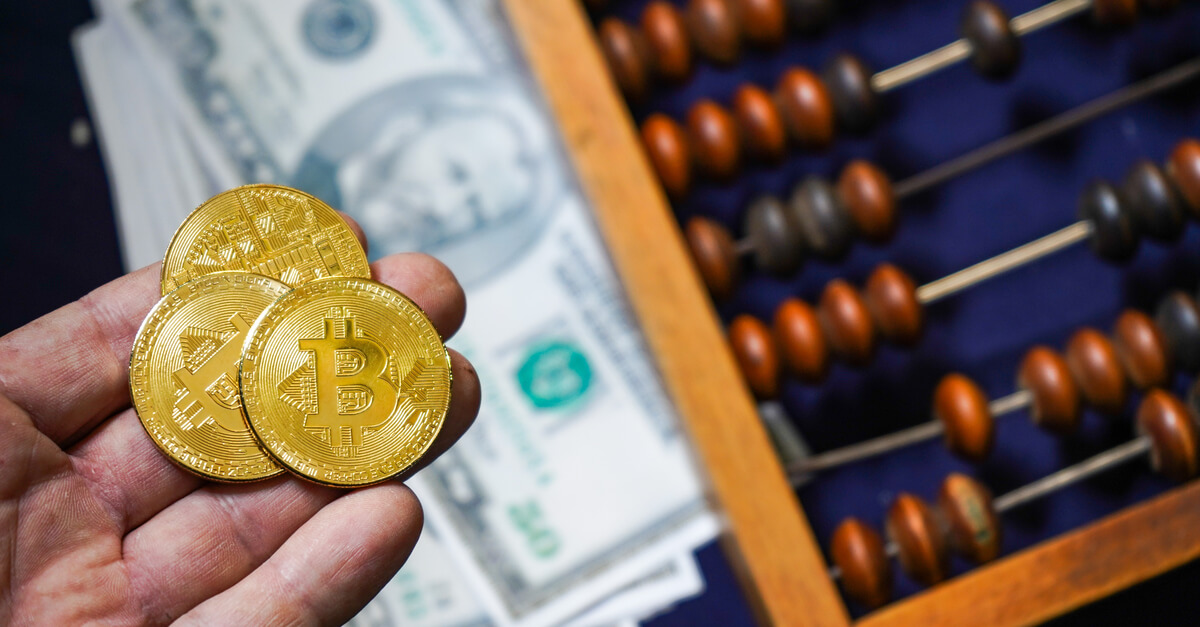 Amid a bitcoin sell-off we ask how much is it really worth, the banks are gambling our future economy (again), the Chinese get assertive, and what happened to the owners of public phone boxes?

How much is bitcoin worth?

Last week's drop in the price of bitcoin from the mid $30,000’s led to breathless headlines from media outlets who the previous week had been pumping it up. And so it goes.

When you hear comments that bitcoin is too expensive or too cheap, make sure to ask, relative to what?

If you look past the headlines of those calling the recent drop some sort of validation of anti-cryptocurrency arguments you will realize the idiocy of their statements. Expecting bitcoin, or any other asset, to always maintain an upward price trajectory is the equivalent of expecting to never lose in a poker game.

After the gains of the last month, it is perfectly reasonable to expect some pullback and profit-taking. If it didn’t happen we would be more concerned.

Everyone has different views on how much bitcoin is worth. More importantly, these views are driven by personal circumstances. The real question is how much is it worth to you?

If you understand bitcoin as a hedge against inflation, and you see inflation on the horizon, it will have much more value to you than someone who thinks the massive injection of fresh cash into global economies will have no inflationary effect.

If you understand the decentralized benefits of cryptocurrency and its potential to up-end fiat currencies in the future, you will be more anxious to buy than someone who couldn't be bothered to learn.

For years Amazon didn’t make any profits, nor did it plan to, and its price see-sawed through analysts’ arguments, pro, and con. For believers in the vision, 2020 was a great year. For those who refused to look around the corner, they probably still have their Enron shares.

We have no definite idea what the price of bitcoin will be in 5 years. We just know what it is worth to us.

How much is it worth to you?

The Banks are at it again

Is there any institutional memory in the banking sector? Many elements contributed to the 2009 crash, but the banking sector seems to have either forgotten or chosen to ignore the current dangers of over-lending. Specifically lending on less than stellar asset collateral and then trying to pass on the risks of default to dumb pension and private equity funds. This all sounds very familiar.

Last week the ECB warned that they would introduce more stringent capital controls on the eurozone banking sector if they didn’t reign in leveraged lending to high risk (junk) sectors.

As banks struggle to cover their pandemic-related retail business slump and adjust for massive expected losses in corporate and commercial property debt, they have all been trying to find profits by increasing lending to areas they would normally be wary of.

At the core of this dysfunction is the bonus structure for employees. When you have short-term bonuses for long-term deals there is little incentive to sit back and ask “is this a good deal overall?”.

While we wouldn't normally care about bank profitability per se, debt is so integral to an economy's ability to grow that any extra cost of borrowing is directly related to how an economy functions. The danger here is that the banks go too far (again) and fail or regulators come down too hard and limit lending too much.

With the rise of bitcoin and other fintech innovations, banks are becoming more and more irrelevant. For now, however, they are still big enough to cause trouble.

News last week that China had failed to honor its purchasing commitments on last year's US Trade deal may be a worrying sign for the US dollar.

The deal was penned to address the growing and alarming, trade deficit between the US and China. It was agreed that China would purchase $120 billion of specific American products in exchange for tariff relief on Chinese goods exported to the US.

As the pandemic arrived shortly afterward and the demand for Chinese-made medical supplies soared, China became one of the best performing economies of 2020. It posted 4th quarter (YoY) GDP of 6.5% beating already optimistic estimates by some measure. The US is expected to come in at 3.5% while the ECB’s Lagarde has warned of another recession in Europe.

The Chinese renminbi is heading for its strongest showing against the USD since 2018, and we have no doubt that further strengthening is on the way. The fact that China feels comfortable not honoring its trade deal commitments would suggest that there may be more disruption on the way for the two countries.

Combine this with the ongoing major shifts in the global supply chain as a direct result of the pandemic and the fact that approximately 20% of all dollars in circulation were printed in the last year, and we will, no doubt, be living in interesting times for quite a while.

What phones can teach us about the future 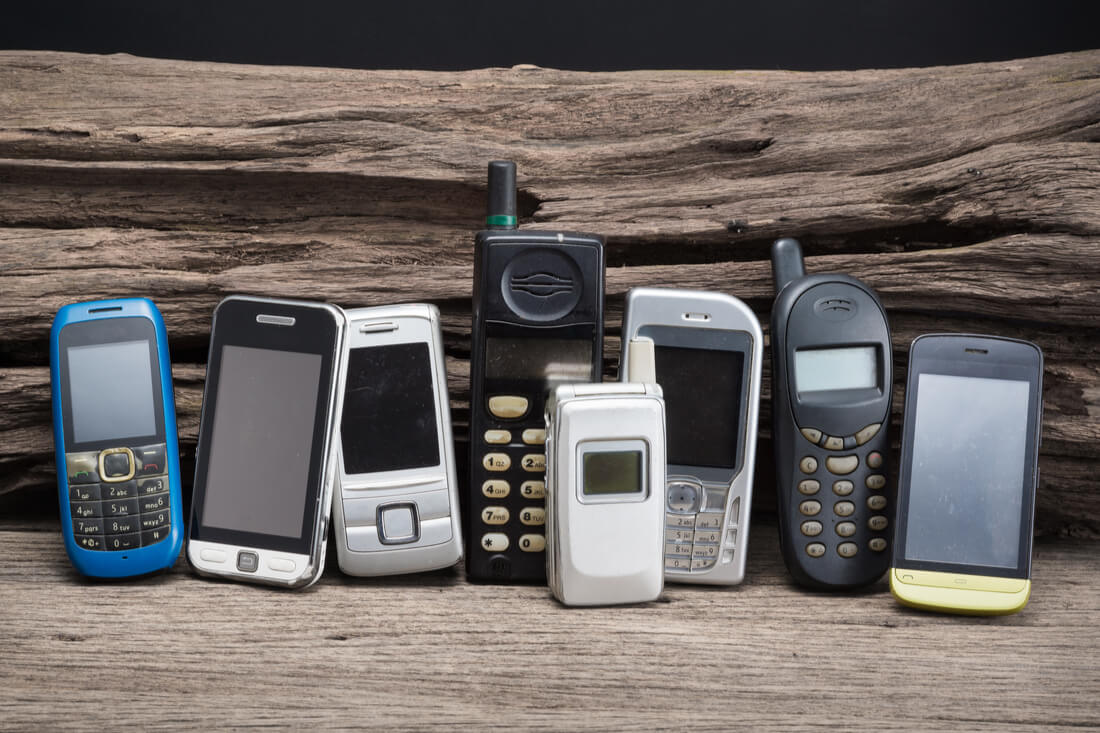 Those old enough to remember home phones, will remember the introduction of the mobile phone. Initially the size of a large brick, the battery life was minimal and yet everyone wanted one. Fast-forward to the sleek versions today, and we have a complete history of how technology can make enormous changes to how the world works. Throw in Moore’s law, forecasting exponential tech advances based on past experience, and we have some idea of what last week's announcements of fast charging car batteries will do to the world.

Only Norway stands out as a country that has built a sustainable economy alongside its natural energy wealth. Look at many countries of the Middle East, Venezuela, or Russia, and we see economies that would simply collapse if their natural energy supplies were no longer in demand.

Would the Germans have invaded Romania and Russia if they didn’t need the oil supplies for their war machine in WW2? Would there have been two Iraq wars if energy security was not an important element of western thinking?

As it happens, we spoke about oil, and it’s importance last week, but this new technical development couldn't go unremarked upon.

Climate is and will continue to be, the number one priority for the foreseeable future both politically and economically. What Russia does when all it has is worthless oil sloshing around its treasury vaults is just one of many questions that need careful consideration.

Of course, whether its price is defined in US dollars, Chinese Yuan, or cryptocurrency is another question entirely.

Looking for trends in recent data may be futile, but we persevere again.

Monday - German ifo Business Climate assessment (Jan) - too many unknowns to take this too seriously.

Wednesday - Fed Interest rate announcement. We expect no change but there’s always a chance of a further cut.

Friday - US spending and home sales data could be interesting.