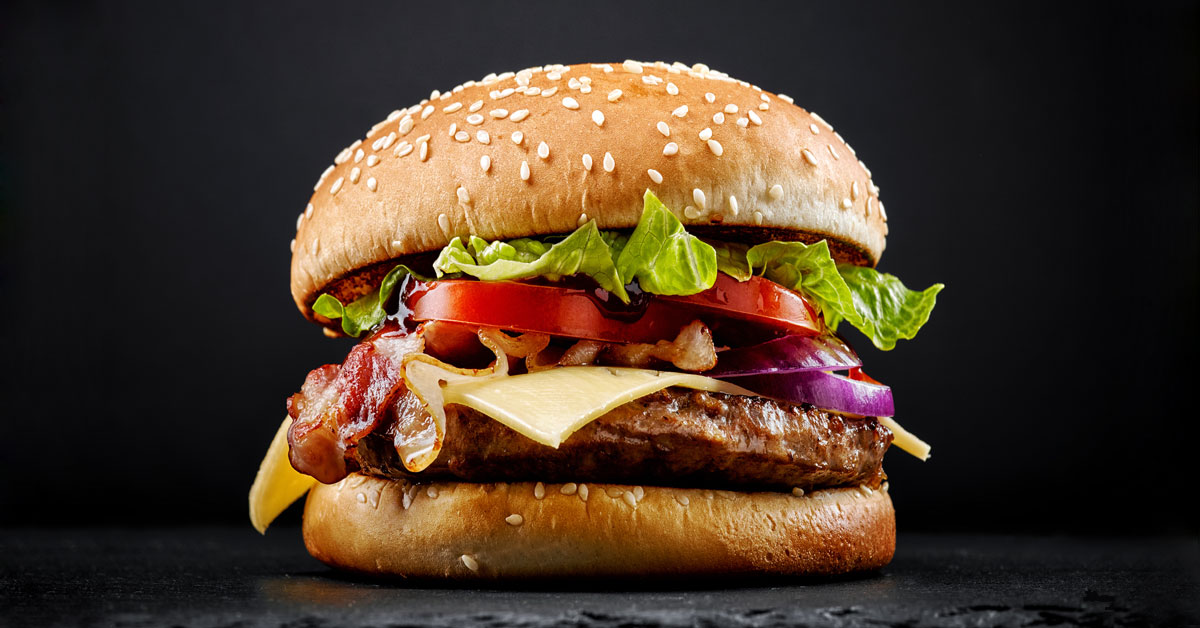 Summer is supposed to be a quiet time in the markets - this summer, not a chance! In recent movements towards a deal, The EU has simultaneously set precedents for courage and cowardice. The Big Mac index is out and with it come important lessons for the state of the currency markets and the value of safe haven currencies. Why are some banks making huge profits while others are losing money left, right and centre? Gold hits a 9-year-high but is it still an answer to uncertainty?

Why the EU just grew stronger

We have just witnessed an end to one of the longest negotiating rounds in EU history and the beginning of a deal that may go a long way to saving the EU from breakup and irrelevance. No, we’re not referring to Brexit, this is a deal that could be profoundly more important to the EU than their dealings with the UK.

Essentially, for the first time, the EU will be borrowing in its own name, backed by all members. It is the equivalent of a federal debt issuance versus an Alabama state bond. Negotiations had been delayed mainly by a reluctance of the richer nations to give their credit rating to less well-managed economies in the group. With the fragmented pandemic response of the EU being criticized, a failure to close this deal could very well have sown the seeds for a slow decline of the EU as a viable transnational unit.

The result of the negotiations between all member states was greeted positively in the markets as the Euro rose yet further against an already weakening US Dollar.

That was the courageous move. 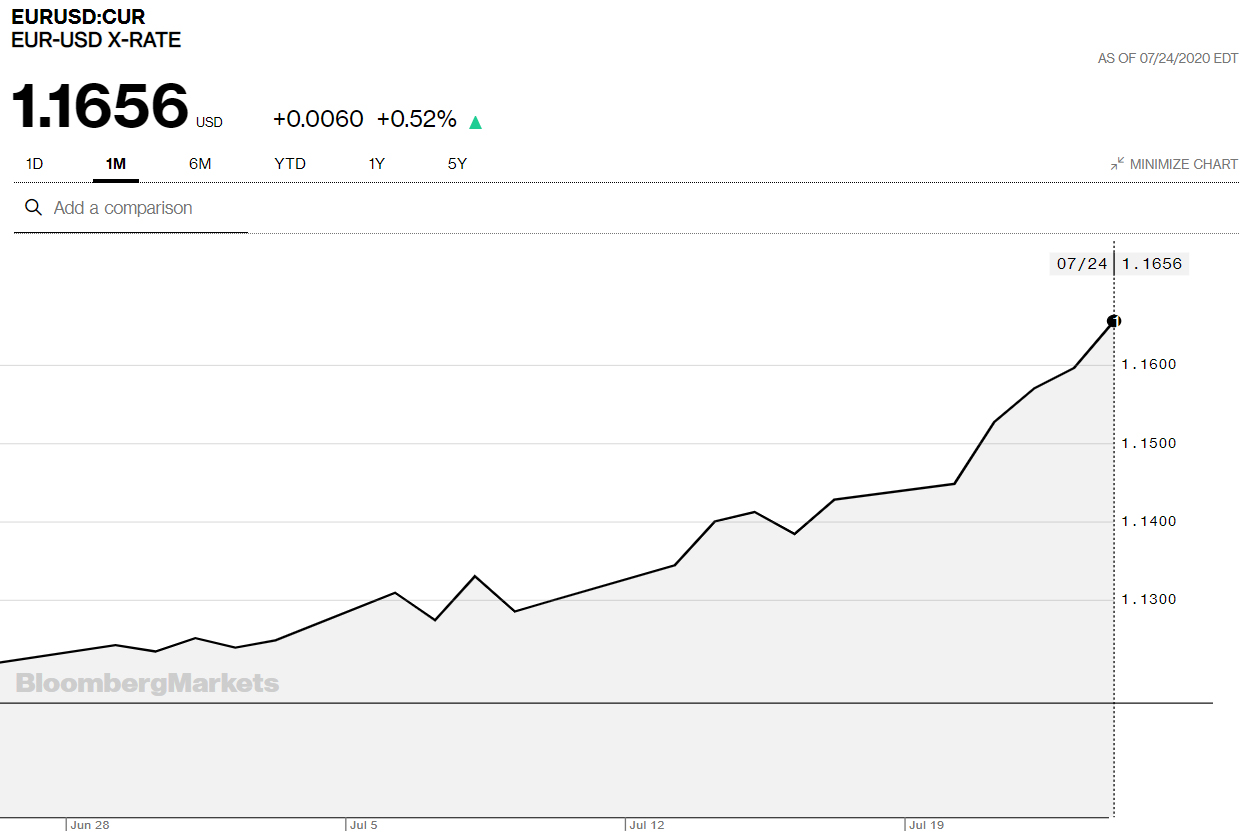 The value of the Euro continued its rise this week at a faster pace.

The cowardice was to allow some countries to continue to flout rule of law requirements and still qualify for grants. By burying this in the small print they have made certain there will still be troubles ahead.

Whatever happens, it is clear that US Dollar dominance is under further pressure as a reserve currency and with that, the role of cryptocurrencies in world trade just got even more real.

First launched by the Economist magazine in 1986, the annual Big Mac Index was released last week.

Initially devised as a fun way to gauge a currency’s value against another on the basis of the cost of a local Big Mac, it’s popularity and utility has grown. By tweaking the results to include factors such as GDP and purchasing power, it is accepted as a general indicator of the relative value of world currencies. It’s also not a bad tool when deciding how much to budget for on your next trip abroad, not that most of us will be going abroad any time soon in these pandemic times.

A good indication of its effectiveness is that the primary currency pair, EUR/USD, trades at only a 2% variance. Meanwhile, a Big Mac costs £3.39 in the UK while it is $5.71 in the United States. The implied exchange rate is therefore 0.59. The difference between this and the actual exchange rate, 0.79, suggests the British pound is 25.1% undervalued.

On the edges, we note that the Swiss Franc (CHF) is considered to be overvalued by 21% against the USD. The CHF is historically overvalued due to its use as a safe-haven currency. Today it is one of only three national currencies to be overvalued, alongside the Lebanon Pound which is 4.2% overvalued and the Swedish Crona which is 0.8% overvalued.

Not so long ago, ZAR was worth more than the dollar. How things have changed.

On the other end of the spectrum, the South African Rand (ZAR) is undervalued by a whopping 67%. One of the reasons may be the predominance of black market usage of the USD within the country. This serves as a reminder of how much the true value of a currency can plummet when it is mismanaged to the point that it starts to lose the status of national currency and ends up playing second fiddle to a stronger currency. It’s sometimes easy to forget that until 1982, the South African currency actually had a value higher than the US dollar.

Visit the interactive dataset at the Economist for more burgernomic tidbits. 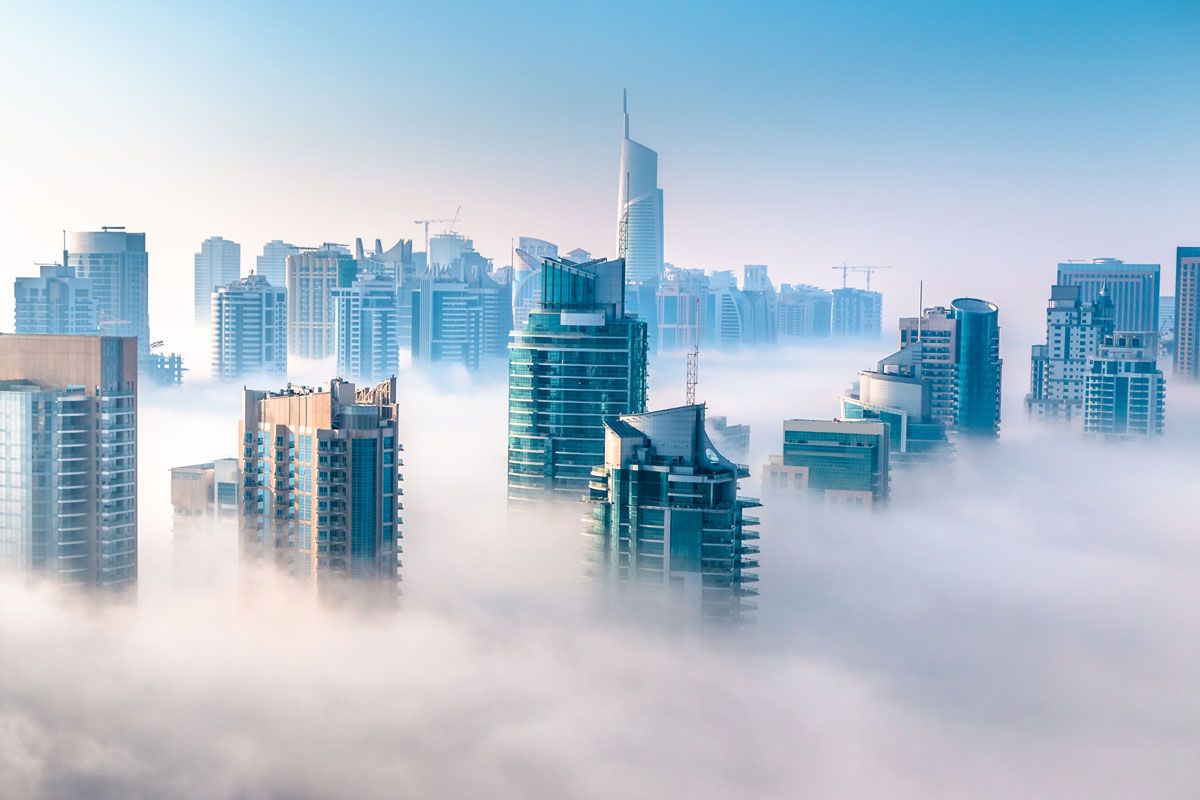 What would be the price of Bitcoin in a hypothetical land in which Bitcoin was the national currency?

It’s regrettable we don't yet have a crypto-land McDonald's to include Bitcoin in the rankings but it’s an engaging thought experiment.

Big bank profits, but for how long?

Some of the larger banks reported their latest Q2 earnings last week and none of the results surprised us. The retail banks posted losses and forecast more of the same in the future as they adjusted for expected mortgage defaults while the investment banks posted gains, trading through the pandemic and earning from the higher than normal volatility.

We are in no doubt that Banks are a thing of the past as they are currently constituted. They can do three things - lend, accept deposits and trade markets. Technology has ironed out a lot of the scam pricing that banks historically used to make their money. It has also allowed many new, more efficient participants to enter the financial services sector but there is a lot more to do.

This all leads us to believe that banks will look for new opportunities for profit  in the near future to plug holes in their outdated models. We therefore expect them to increase their activity in cryptocurrency heavily very soon. There are strong new indications that this development could come even sooner than many expected, since last Wednesday when the US Currency Comptroller (OCC) released a mandate allowing banks to provide custody services for cryptocurrency, a decision we covered in a more detailed article last week.

Read more: American Banks Can Now Hold Crypto But Should You Trust Them With Your Keys?

As they develop, let’s all hope they make sure they don’t apply the same approaches that led to the 2008 crash. We will certainly be watching this development very closely. 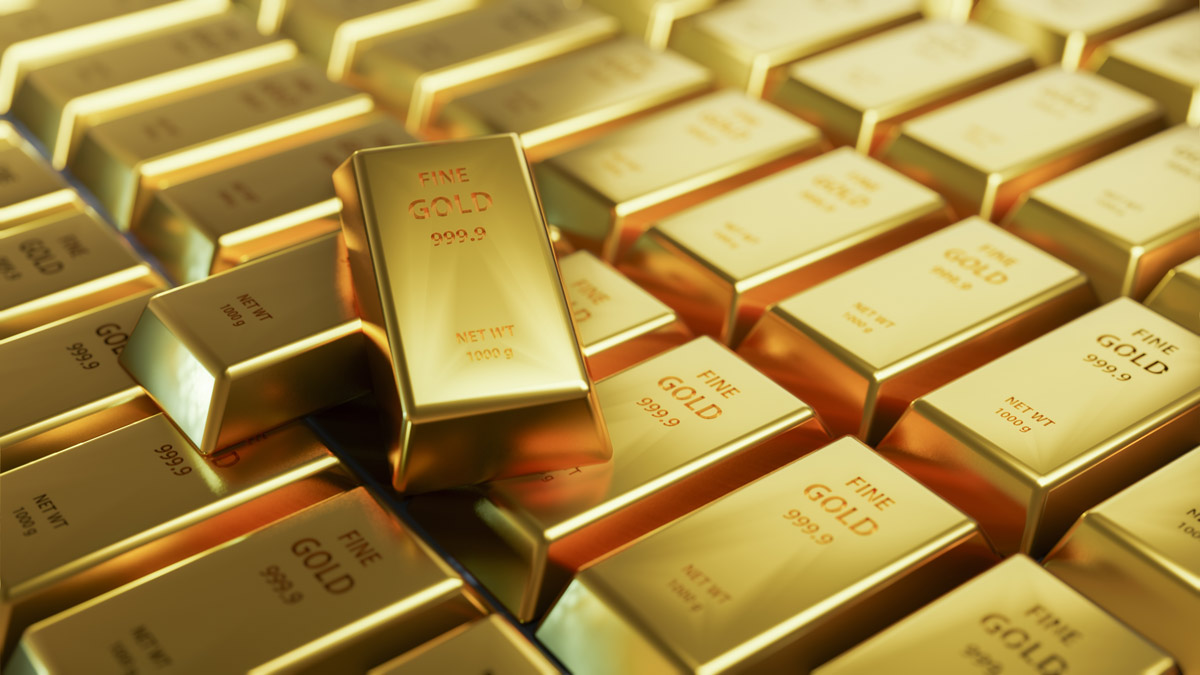 Gold bars have held strong in recent years, but are their days numbered as the asset of choice for the risk-averse?

Twenty years ago you could have bought an ounce of gold for $250. Today it sits at over $1,850. In dollar terms, this is only matched by its previous 2011 high. You couldn’t buy cryptocurrency twenty years ago, but if you could, we would imagine the trend would have been the same.

One of the arguments against holding gold in the past has always been the fact that it offers no regular return. This is no longer such an issue in our new zero interest rate world, the fear of inflation, political turmoil, trade wars, more centralized government, higher taxes and reduced real-world business activity are an easy explanation for this rise. All of these factors raise questions of fundamental importance for an investor.

Is gold really the answer this time?

In a recent article, we highlighted the problems buyers are facing actually getting physical delivery of their gold purchases while aeroplanes remain effectively grounded.

Like Bitcoin or Ethereum, gold is both a commodity and a currency. The value of gold is, of course, defined by demand, so no surprise there, but the source of the demand is quite different.

As a hedge against uncertainties both gold and crypto share similar characteristics but with one notable exception. Gold has a retail demand element that can regularly distort the price away from general economic conditions. The Indian wedding season, for example, has a notable effect on the price of gold every year. According to a 2016 report by the Moore Research Centre, (reported on here by Blackwell Global), research suggests that buying on September 15th and selling around October 8th of any year will be profitable 80% of the time. 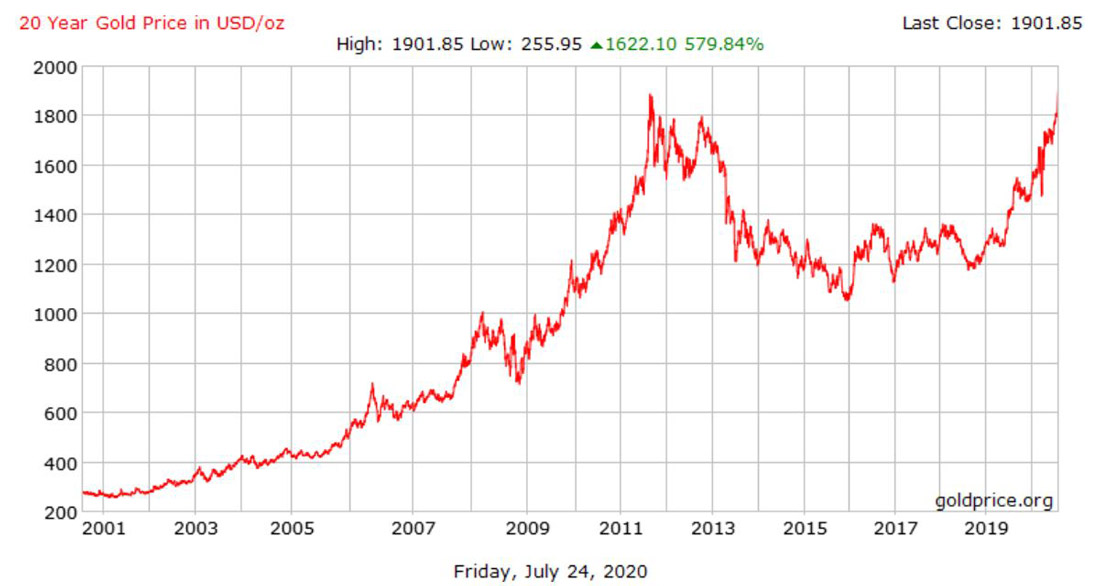 The price of gold has hit an all-time high, reaching levels not seen since its previous peak nine years ago.

We would add, that against the Euro, gold is at an all-time high, however, how much room there is for further growth is open to debate. It’s all about which end of the telescope you are looking through.

On the other hand, cryptocurrency exists in a similar yet far more liquid marketplace. It shares many of the key strengths of gold, yet unlike gold can be obtained instantly at the click of the button, stored at a cost of zero and used as a form of payment in day to day life with next to no overheads, due to these factors it is hard to conceive of a scenario in which gold takes the lead over cryptocurrency in the long term.

At the end of the month, we will do a review of July’s market data, but for now, we are quite happy with our approach to what’s on our radar. We were right to ignore many of the lead indicators in May and June as their swings gave us little in the way of real trend data.

The author works exclusively for Xcoins.com and has spent almost 20 years in trading rooms from New York & London to Düsseldorf & Sydney.