What Happens to Bitcoin if the Internet Goes Down? 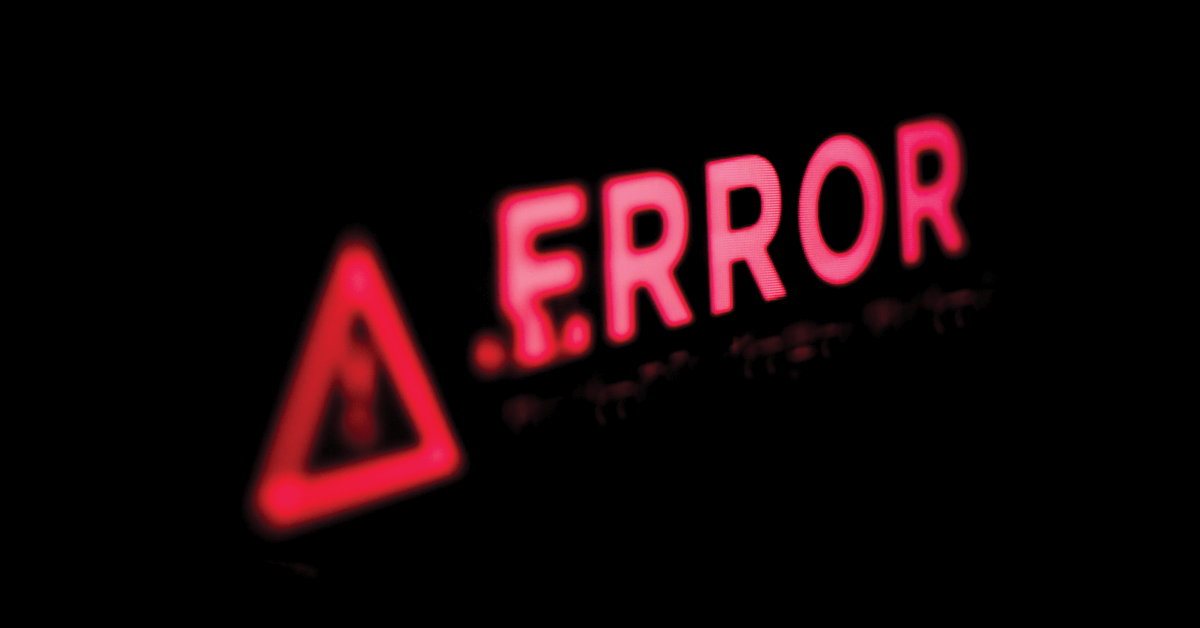 Can Bitcoin work without the internet? The answer to that question may surprise you. If the internet were to go down in your part of the world, traditional banking systems would be brought down but cryptocurrencies like Bitcoin could provide a lifeline.

In the midst of the Covid-19 pandemic that brought the global economy to a grinding halt, forcing us all into months of lockdown; a catastrophe such as the internet going offline doesn’t seem too far outside of the realm of possibility.

Countries like Egypt, India and Syria have had their leaders cut off the internet at the flip of a switch. Russia aims to build a firewall as potent as China’s to ensure only the dissemination of information that will benefit Putin’s regime. What would be the impact of the internet falling offline in the USA or Europe? What if it crashed worldwide? 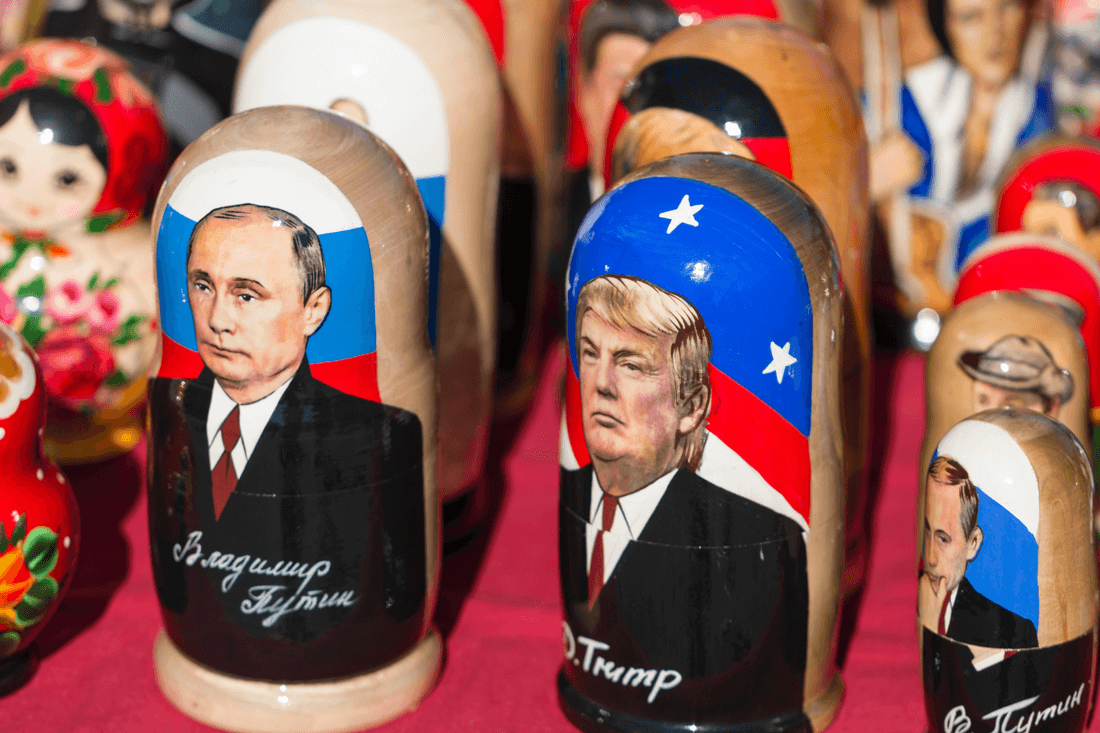 Leaders of several countries have pulled the plug on the internet, one day it could happen in the USA.

What would happen if a disaster caused the internet to fail?

The NASDAQ and Europe's largest derivatives markets have been rendered immobile due to mere glitches, so an internet failure would likely send these markets into freefall. The first impact many would probably notice would be that everyone would have social media snatched out of their hands. Fintech services would grind to a halt and your debit and credit cards would be worth nothing more than the plastic they’re made of having long since shifted over to online infrastructure. If the issue persisted, tech conglomerates like Amazon, Google, and Facebook would begin to lose their approximate combined revenue of $420 billion.

Society would likely seem as if it were on the cusp of anarchy, at first, before resuming to an antiquated system of finance that relies a lot more heavily on cold, hard, cash. Cash that could become hard to find as people rush to get their hands on it and the technology that doles it out becomes scuppered by system failure. 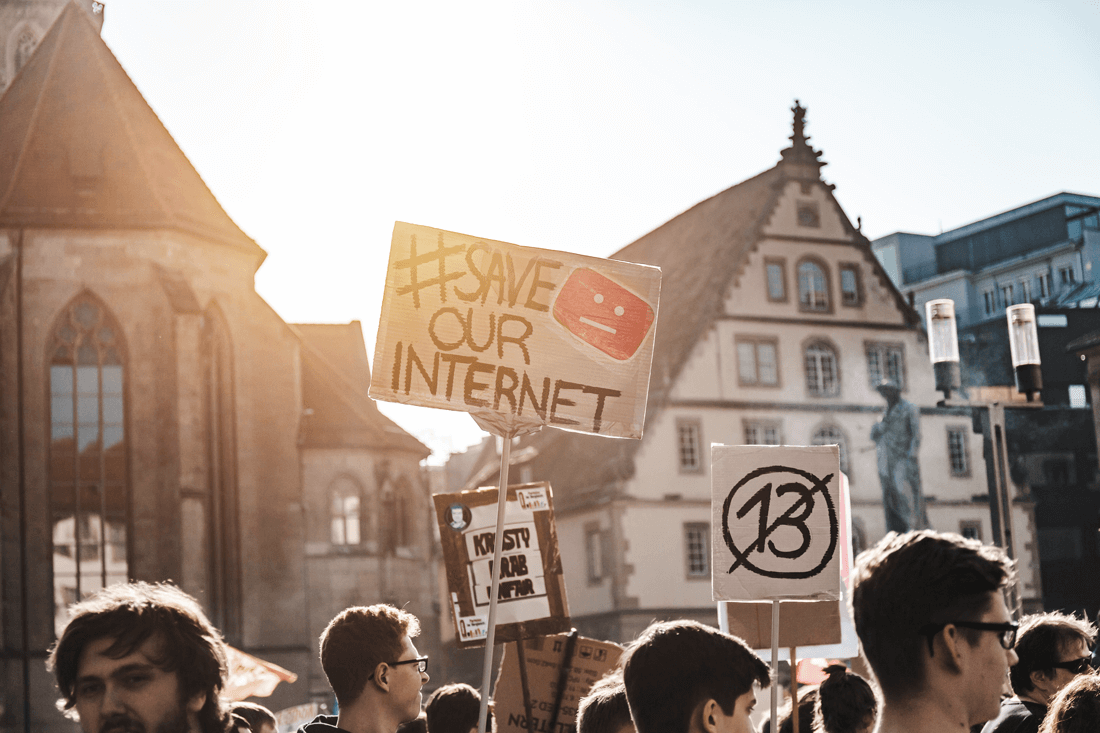 Life without open access to the internet may be difficult to imagine but it could happen.

Would traditional finance survive without the Internet?

In the world of finance, banks have become so reliant on the internet that you are now often charged extra fees for requesting a paper statement over a virtual one. More and more banks including Santander,  Goldman Sachs, and Deutsche Bank are spending billions, adopting hybrid cloud computing technologies and storing more and more of their clients’ financial records online. If the internet were to go offline, everything backed up on cloud storage facilities would become unavailable. 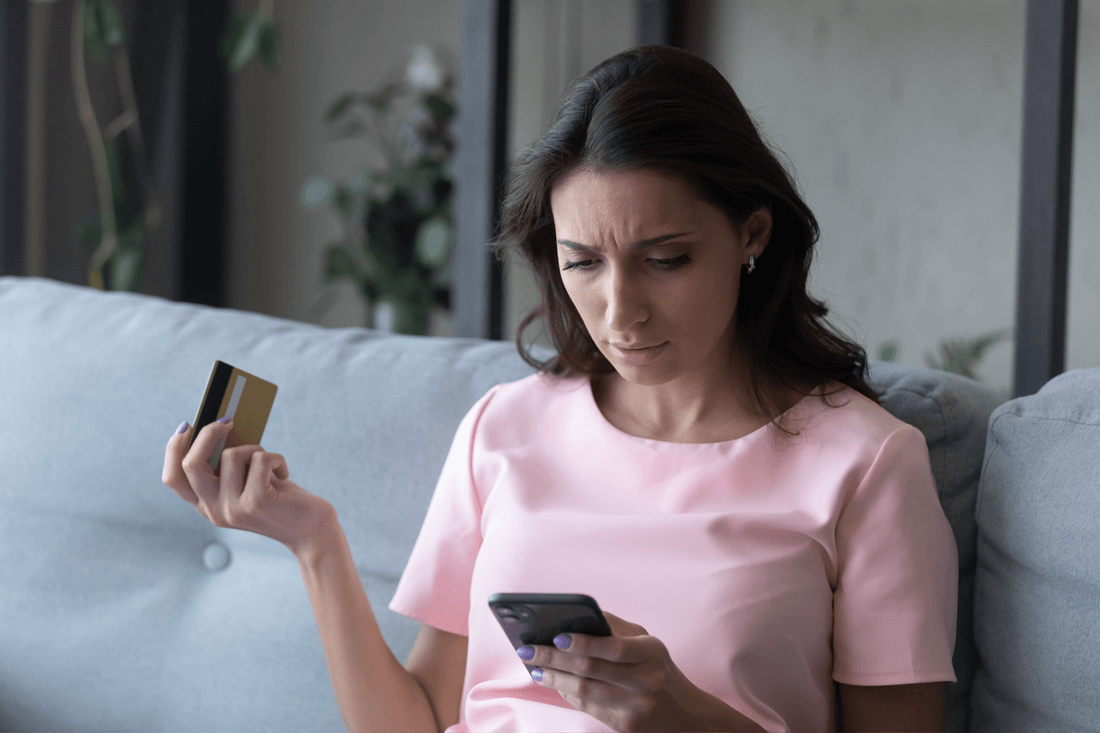 Moreover, a lot of enterprises thrive off of online transactions and digital advertising, even in developing economies. Throughout sub-Saharan Africa, regimes dismantling internet services across 10 different countries has resulted in the loss of $235 million between 2015 – 2017, according to the Collaboration of International ICT Policy in East and Southern Africa (CIPESA).

How would all this bode for your Bitcoin and other crypto-assets? As cryptocurrency is fully decentralized, you don’t need the internet to remain online in your particular part of the world to keep your Bitcoin alive.

Without the internet, your ability to send or receive Bitcoin in the same way you normally do would be limited. However, in emergency situations, there are endless alternative means by which you can transmit cryptocurrency. As long as you can find a way to transmit the 250 bytes of transaction data involved in a Bitcoin transaction to the blockchain you can continue to make payments.

In emergency situations, it is possible that people could find themselves transmitting Bitcoin by using low-tech amateur radio. At the Scaling Bitcoin 2017 conference at Stanford University, the university’s computer scientists Elaine Ou and Nick Szabo elaborated on the use of weak signal radio communications and discussed a project testing this.

Although there has been little commercial success due to the lack of demand for such technology at present, there is evidence of radio transactions being effective for transmitting cryptocurrency, which could help users in internet emergencies. For instance, coders and hobbyists Rodolfo Novak and Elaine Ou relied on low-bandwidth transmissions to carry out international transactions with low power,  the help of a 40m 7Mhz antenna, and the JS8call application, a piece of software that provides weak signal keyboard to amateur radio operations.

It has also been suggested that a Bitcoin exchange could operate through an SMS wallet provider. Other telephonic devices, such as satellite phones can also allow users to send or receive Bitcoin with low bandwidth.

People may also resort to exchanging the currency physically. Having your assets stored on a cold wallet like Ledger Nano S5 or the tiny USB Opendime could allow you to spend your Bitcoin in face to face transactions that could be confirmed using a good old fashioned telephone or satellite phone. 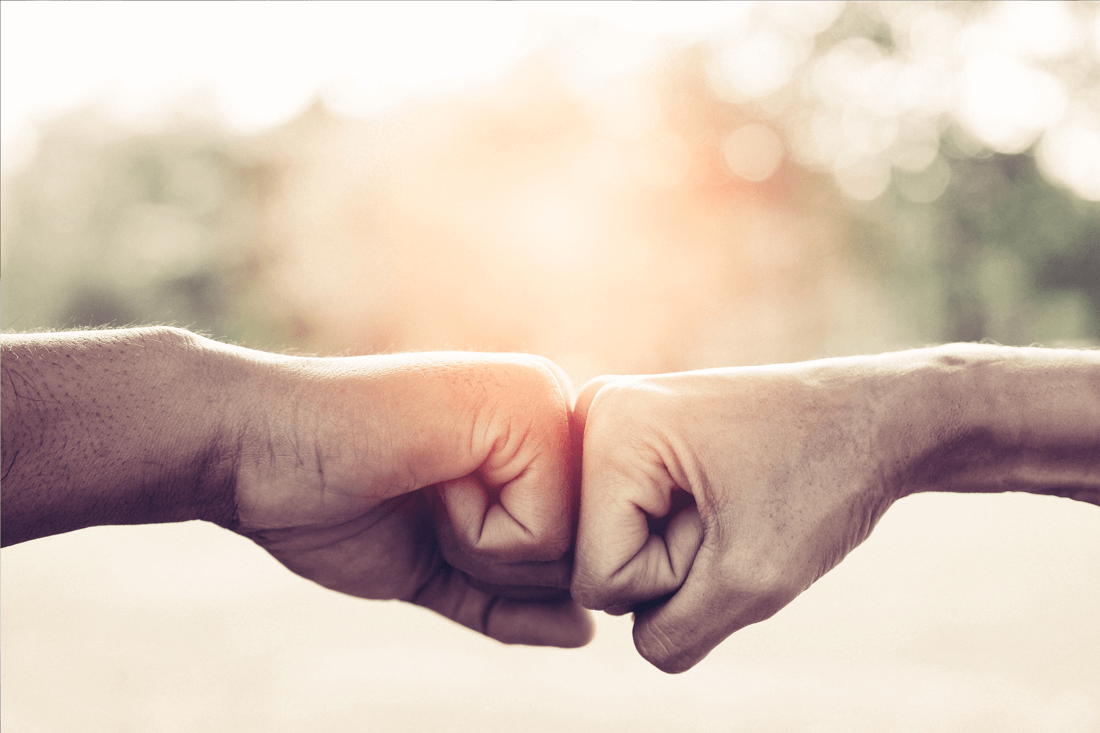 What if the internet collapsed worldwide?

While it is highly unlikely that the entire internet would go down worldwide simultaneously; if this were to ever happen, your Bitcoin would remain frozen in place until such a time as a new internet could be reborn and blockchain transactions could begin flowing again. In the unlikely event, this were to happen, cryptocurrencies could become very valuable to possess, as they may be able to be used again far sooner than money stored in traditional payment systems or assets which would likely take some time to recover from such an outage.

Bitcoin has flourished in economies where internet access is patchy

As we enter an era of balkanized politics and seemingly endless global political disruption, it feels increasingly likely that individual countries with particularly authoritarian leaders will see worse and worse internet disruption. In this case, especially when said economies are coupled with hyperinflation and observe instability in central banks,  cryptocurrencies such as Bitcoin could serve as a better alternative to national currencies which could become placed under heavy government control. 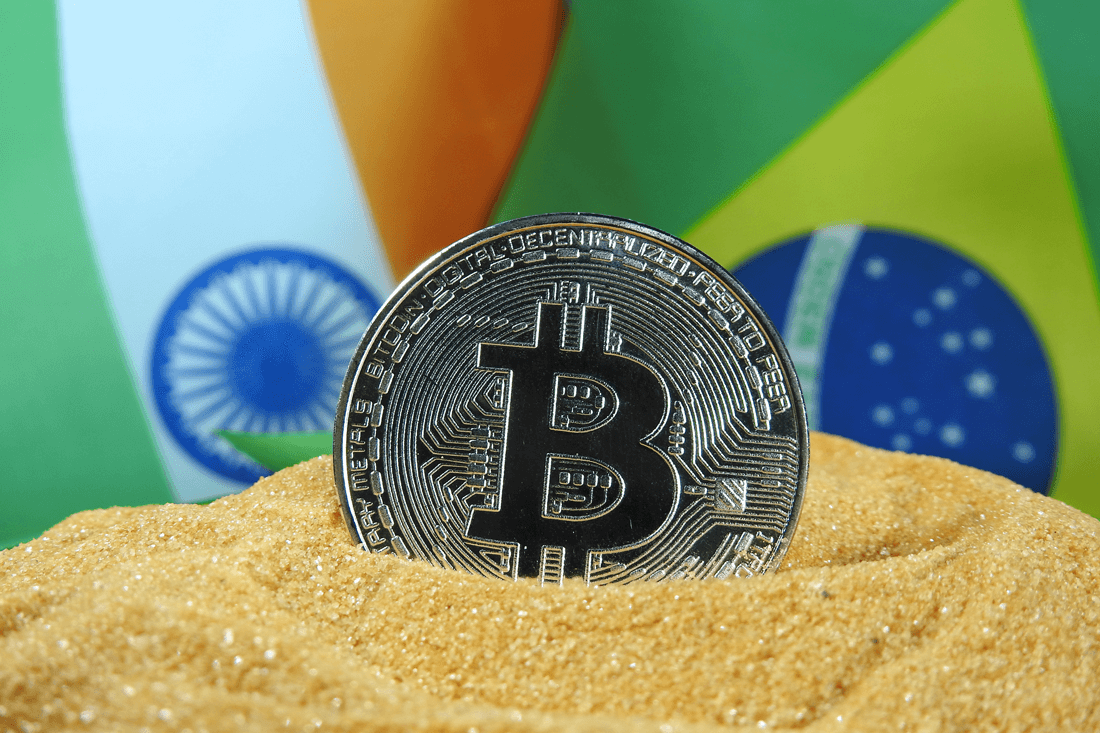 Bitcoin’s cross-border functionality is just one reason why emerging economies have embraced cryptocurrencies.

For a case study of this, just look at how the collapse of the banking system in Lebanon is leading to financial instability throughout the country. With mounting protests throughout the city of Beirut, some workers now prefer receiving paychecks in Bitcoin as a result of the instability that has hit traditional financial systems.

Other developing countries such as Iran and Argentina are also becoming increasingly reliant on cryptocurrencies, especially out of fear of national banks defaulting. Brazil’s Bitcoin market is now worth $632 billion.

While it may seem counterintuitive that a form of currency founded on the internet could be the antidote to an internet outage, cryptocurrencies could serve as a lifeline if the internet is ever inaccessible where you are. In a world facing increasingly erratic censorship and a growing potential for widespread internet instability, that is something worth thinking about.