When is the Right Time to Buy Bitcoin? 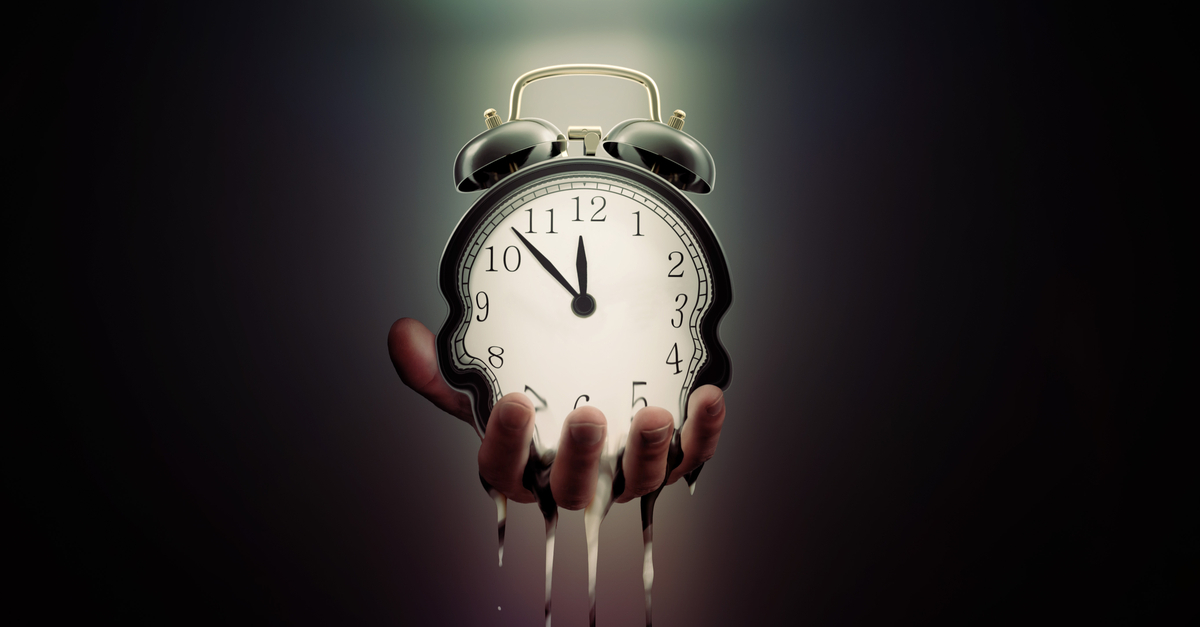 Are you waiting for the next crash in the Bitcoin price? You might just be waiting forever. With institutional adoption increasing rapidly and the fundamentals remaining stacked in Bitcoin’s favor, waiting becomes an increasingly risky game that can be easily avoided.

If you’re reading this article it’s likely you’re already convinced that Bitcoin may be an asset worth investing in, but you’re worried about when to make your entry. It’s a common thought and it is one of those thought processes that is easy to overthink.

If you believe in the fundamentals, investing in Bitcoin, at any time, is a smart move. If you are sitting in this camp, you might be currently asking yourself questions like:

“Isn’t the price too high to invest in Bitcoin?”

“Should I wait for the price to come back down?” 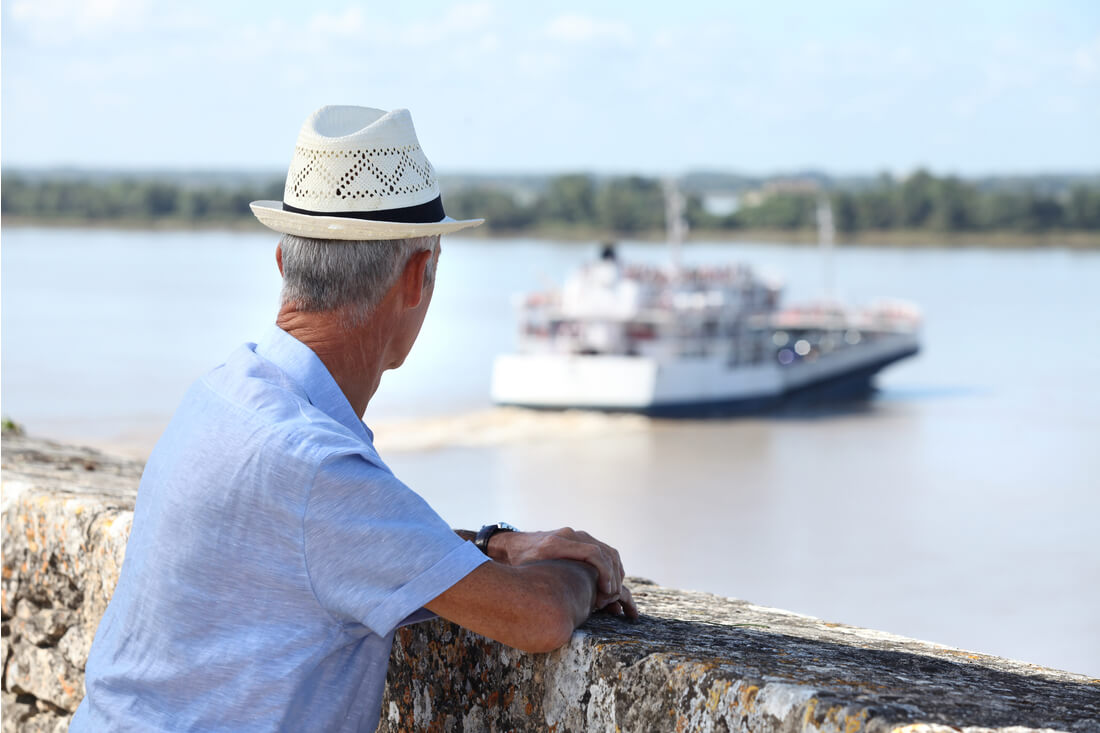 Many people talk about entering the cryptocurrency markets, and in particular Bitcoin, at the ‘optimum’ moment. The reality is that no one can time the markets perfectly, and if you hear advice to the contrary, you would be well advised to smile and quietly walk away.

Presently, Bitcoin is ebbing its way closer and closer to its all-time high of around $20,000. Few predicted the price movements we have seen in 2020, yet here we are.

What can be predicted, however,  is that if you never purchase Bitcoin, because you have been waiting for a bottom in the market, you will miss out on whatever market movements are next. Guaranteed.

With the fundamentals increasingly stacking up in Bitcoin's favor, this becomes an increasingly risky game to play.

A phrase well known to many investors is ‘time in the market beats timing the market’. It is a mantra that has been used by successful investors for decades. Warren Buffet, Jack Bogle and Christopher Davis are all champions of it. Now those guys made their fortunes investing in the stock market, indices, and commodities, but it applies just as well to Bitcoin.

To provide an example, many retail investors purchased Bitcoin during the bull run of 2017, only then to see the price quickly plummet during 2018. Many likely believed they would never see their money again, let alone a profitable return,  but those with strong enough hands not to rush to sell are those who have profited.

With the price touching $16,000 last week, 98% of all Bitcoin wallets are now back in profit. For anyone reading this that held their nerve and has remained in the game since 2017, congratulations.

Even if you remained vigilant and the price did fall in the next two months, you will then have to ask yourself questions like:

“Well, how long should I let it fall?”

“Where is the bottom going to be?”

As a result of Bitcoin’s volatility, often the price crashes so suddenly that you would need to be logged on to your exchange ready to execute an order at the exact moment it happens. Let alone, having the time to ask yourself whether you were entering at the bottom or not. So why worry over it? (Though for those that do like to know about price dips and spikes, do make sure to allow browser notifications here at Xcoins.com).

Nobody wants to be sitting looking at Bitcoin price 24/7. If you already believe in the fundamentals, don’t sweat the small stuff, the timing is already right.

Waiting for a crash that may never come

The reality is that we are still at the dawn of blockchain technology, with the sun just peeking its face over the horizon. According to the ‘Technology Adoption Life Cycle’, proposed by Everett Rogers in 1962, new technology adoption follows a Bell-Curve type cycle from the Innovators to Early Adopters, to Early Majority, to Late Majority and ends with the Laggards. 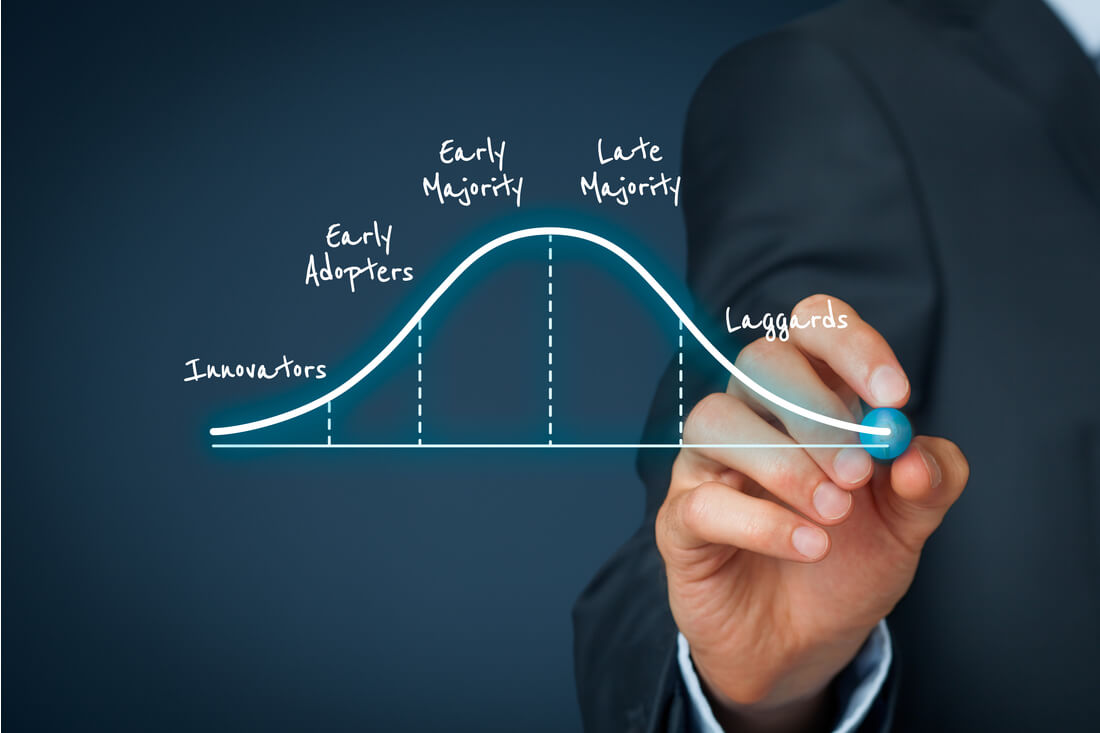 The popular consensus is that Bitcoin is currently situated within the ‘Early Adopters’ phase of its lifecycle, which brings considerable optimism for the scope of future growth. Note that this graph refers to the volume of adopters, not price. Before a technology reaches the mainstream it is early adopters who are most likely to profit and eventually as it becomes widely accepted the price is expected to level off.

With Bitcoin making continued headway in the mainstream media, Bitcoin debit and credit cards becoming more popular and the number of bitcoin addresses increasing each month, the next stage of ‘Early Majority’, seems to be only a matter of time.

Even just a few years ago, purchasing Bitcoin required some considerable effort. However, now the process could not be easier. Exchanges like Xcoins, where Bitcoin can be purchased within just a few minutes, demonstrate how far cryptocurrency integration has developed in such a short amount of time.

JPMorgan, Fidelity and ARK Invest all recently announced that they are exploring Bitcoin’s role as an asset for their portfolios. If retail investors alone pushed the price to $20,000 per coin, the question remains as to what effect institutional money will have in the long term.

It is now well known that the circulation of Bitcoin will only ever be 21 million. The frequency with which Bitcoin is mined is also reducing every 4 years. When the ‘Early Majority’ and institutions make the leap, simple supply and demand economics means that those waiting for a crash, might be waiting for a crash that never comes.

The only question you really need to ask

If timing the purchase of Bitcoin is no longer a concern, and hopefully by the end of this article it isn’t; the only remaining question, and probably the most important one, is whether you believe in the fundamentals that Bitcoin offers.

If you are a believer in the fundamentals, the timing is always right.