Who's Best For Your Crypto Wallet? 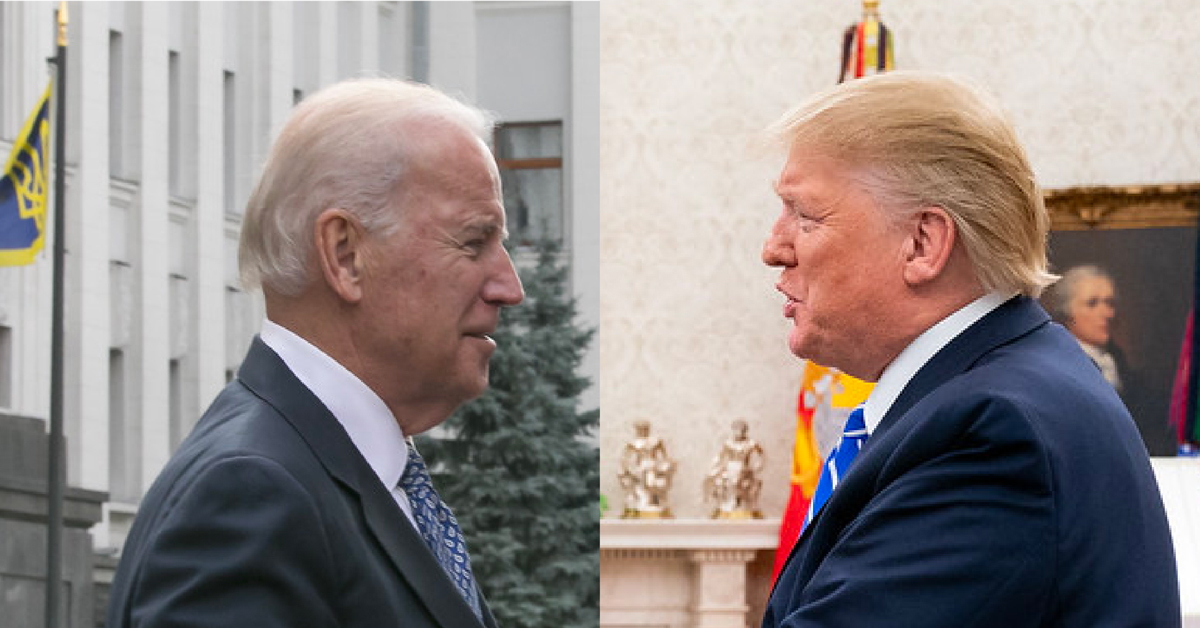 While there’s certainly much else to consider when making your choice, our question today is who will cater best for cryptocurrencies? Unemployment numbers are rising again as banks look for ways to reduce risk and the Fed begins to investigate the possibility of issuing a digital coin.

With only a few months left before the election of the next President of the United States, we have been investigating which candidate would be best for cryptocurrencies.

In the last election, the same questions were asked but were much less important than they are today. Digital currency is now discussed much more seriously in the halls of international central banks and regulators than before. As their utility and benefits are better understood by the wider public than four years ago, not to mention the inflationary threat in our future, a President that understands digital currency is more important than ever.

Despite the strong support for cryptocurrency within the Republican Party, particularly the libertarian wing represented by Rand Paul and others, President Trump himself has firmly made it known that he sees no value in a non-fiat currency, tweeting: “I am not a fan of Bitcoin and other Cryptocurrencies, which are not money, and whose value is highly volatile and based on thin air. Unregulated Crypto Assets can facilitate unlawful behavior, including drug trade and other illegal activity”.

President Trump has already regulated their use as evidenced by an executive order in June of last year outlawing Venezuela's oil-backed currency, the Petro. On the plus side, cryptocurrencies are embraced by many of his supporters, so he would be unwise to do anything to rock the apple cart for now - though that hasn’t stopped him before. 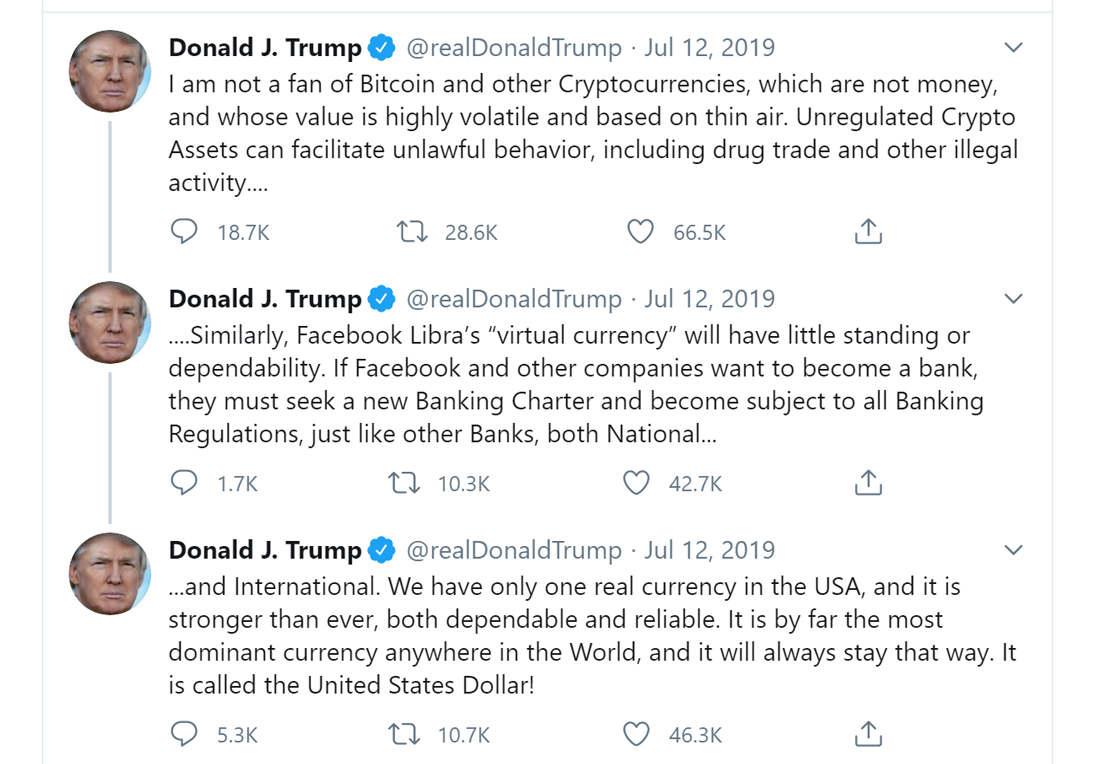 We have not found any direct comments from former V.P. Biden about cryptocurrency but, unlike President Trump's aversion to technology - Trump famously refuses to use email - Biden has been involved with cybersecurity for a long time both in the Senate and the White House. Most commentators reflect that he has no ideological bent against digital currency and views the internet as a neutral platform.

We would expect him to weigh in on issues of regulation and identity theft in any legislation he gets behind and these will of course impact on how digital currencies are treated by the financial community, possibly for the better. It is unlikely he would support any moves to reduce the potential of online currency growth.

Of course, if you are American, your vote should be determined by a number of issues unconnected to cryptocurrencies but if it weren't, and you were a single issue voter, then it would seem Biden would be a more positive outcome for your digital portfolio than President Trump.

We need a vaccine for the economy 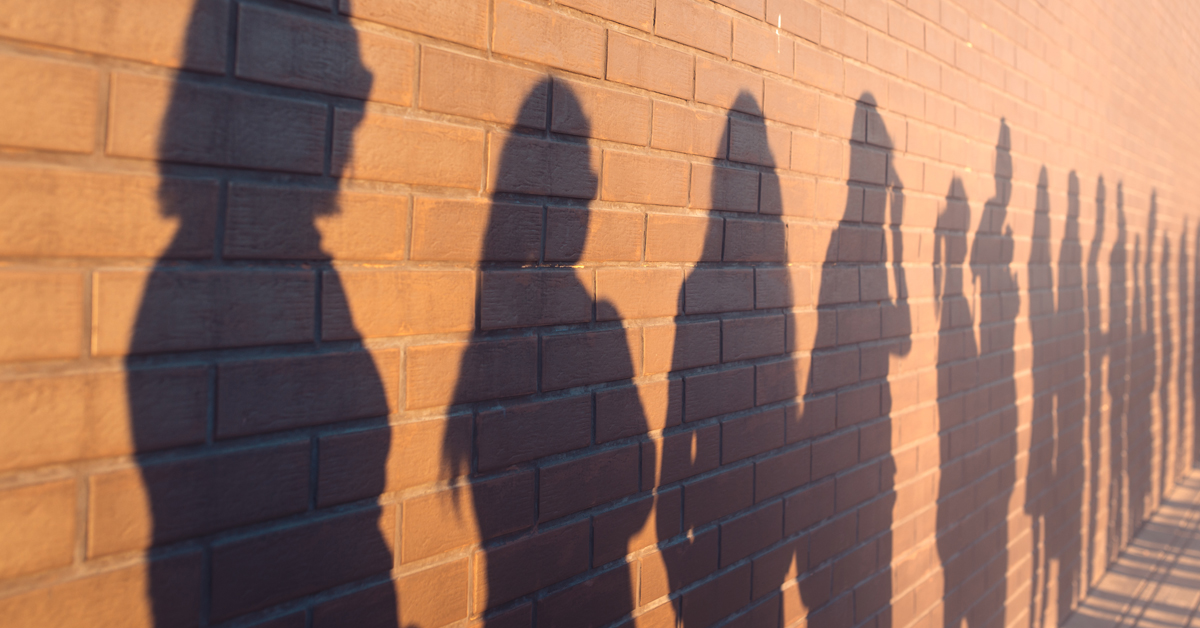 If a vaccine is needed to defeat the coronavirus then the equivalent for the economy has to be employment.

According to a recent Bloomberg article, Europe has already lost half of the jobs created since the last recession. In another article, they report an Internal Revenue Service projection forecasting a near permanent end to millions of pre-pandemic jobs.

All of this while last week's US jobless claims jumped above 1 million again.

More and more economists are now quietly dropping their V-shaped recovery expectations which surprises us not one bit as we never embraced such uninformed nonsense.

At the same time, Bitcoin and Gold have seen some profit-taking as their prices settled below recent highs. The fact is that without increased employment around the globe the economy won't just stay where it is. It will get worse. Governments will be required to further support the unemployed, in addition to the reduced productivity. Inflation, as detailed in last week's article, will continue to rise and the central banks will have little in their arsenal to fight it.

We don't have a silver bullet suggestion to stop this from happening but there are a few linchpins that need to be put in place to at least give the economy the chance to recover. The most important is confidence that society is safe. That our Governments know what they are doing and are doing it well is the least we need to re-engage with trade. Some countries are doing better than others but until this is in place we expect further layoffs in all sectors.

Without this confidence, continued social unrest and financial turmoil will be the least of our problems.

In the last number of years, we have been used to increased activity by the big banks in cryptocurrency. Not only have they traded them directly but also created stable derivative books. All positive for the growth of Bitcoin and Ripple.

Access to these derivative contracts has been limited to institutions or high net worth individuals as the required cash margins have come in at a hefty 30 or 40%. We had hoped that with greater involvement and more stability, these contract margins would begin to reduce but, as with everything, the pandemic is not all good for digital currencies.

We have noted that globally, banks are provisioning for large losses in property loans. Most exposed is the commercial sector as offices and shops left empty are higher risk.

With these higher risks, the banks are going to need to reduce risk in other ways. Not just because they will want to, but legally they will have to.

Our concern is that one of the first to go is the cryptocurrency derivative side of their business. It may be too small for the moment to cause any concern but any depletion of services will reduce the liquidity and growth.

It’s a small concern but a concern all the same. 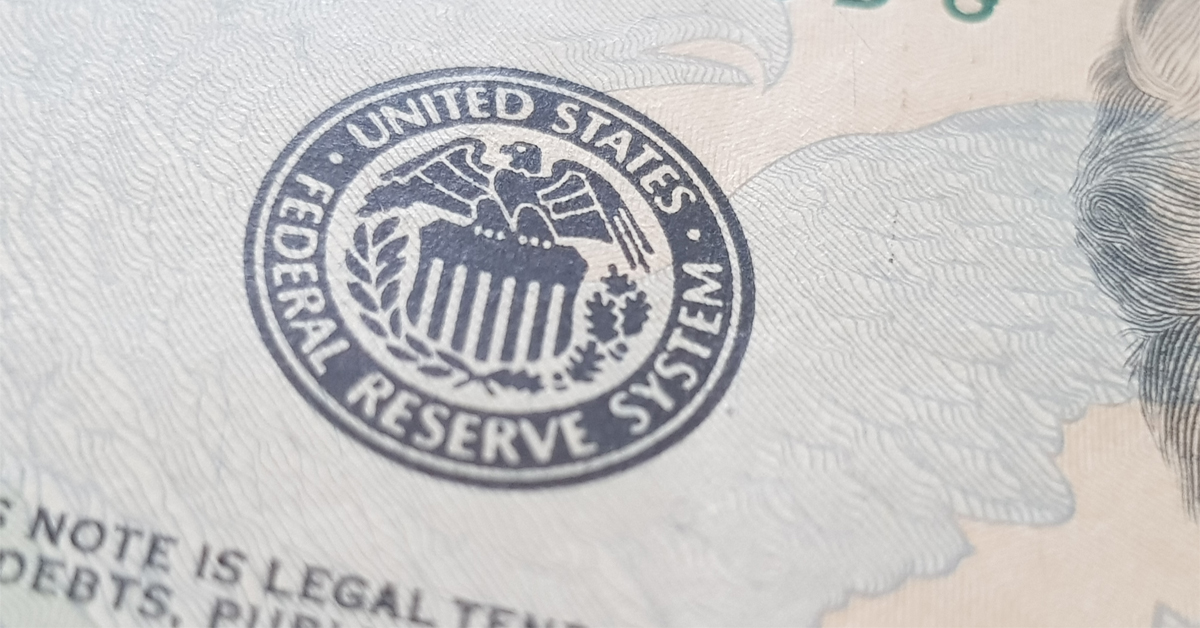 Last week's announcement from the Fed that they would be partnering with researchers from the Massachusetts Institute of Technology (MIT) to build and test a digital currency was welcome news. They were quick to point out that any development would only be a hypothetical coin and the hope was to increase their understanding of such an issuance.

This is not an unexpected development as many other central banks around the world have begun to do the same thing, most notably China. It is, however, further evidence that we are on the road to more ubiquitous use of digital.

Fed Gov. Lael Brainard did stipulate that a suitable legislative process would have to be created and accepted before any new digital currency was actually issued.

Last week we noted the improvement in unemployment numbers but prefaced that with the constant inconsistency of economic results. In the week gone by they have jumped again. We have yet to see a reason to see reason in the stock market levels.