Would Bitcoin Be Growing in Value as Fast if the US Dollar Wasn’t Losing Value? 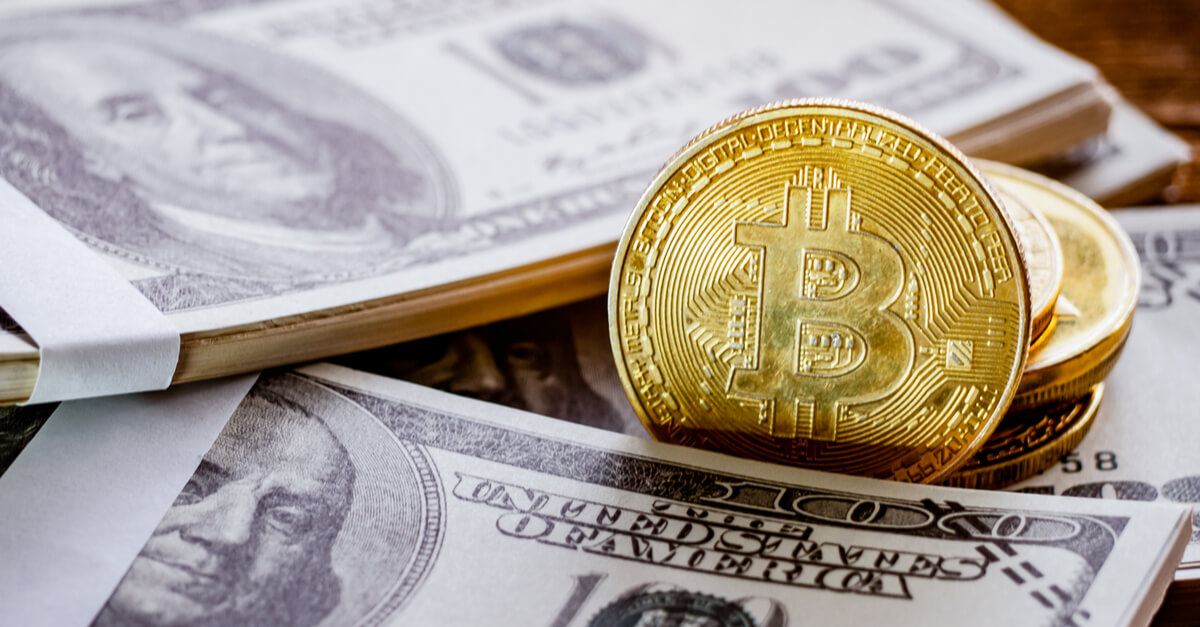 In the last year, the value of bitcoin has soared and the “noise” about who is buying it and who is taking it seriously has made it impossible to ignore.

To have written a few years ago about how US dollar action was relevant to bitcoin would have been to invite scorn from most commentators and accusations of hyperbole. Not anymore.

We have written before of the unlikelihood of bitcoin replacing US Dollars as a reserve currency anytime soon. It does, however, now have a contra relationship, in the minds of serious investors, with the US Dollar that it really has never had in the past.

What has changed since early 2020? 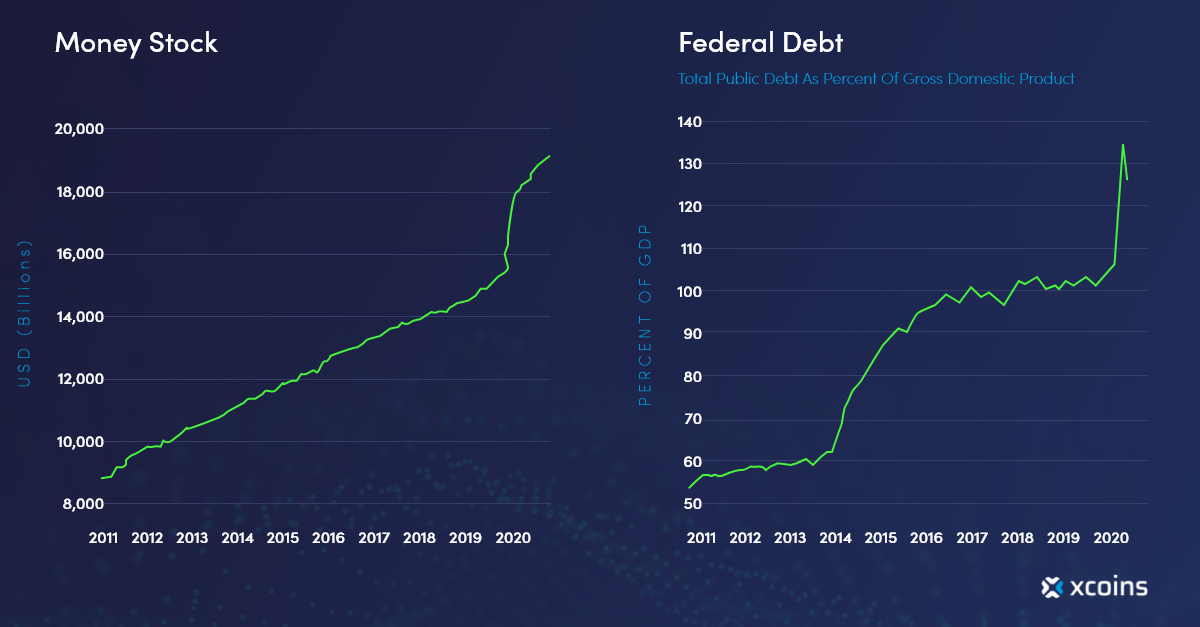 As once unknown virologists hit our screens in 2020, the global economy went into a tailspin and essentially closed down in a lot of sectors. Workers went unpaid, businesses were on the verge of collapse and millions exchanged their full-time jobs for a Netflix subscription.

The government response was in most countries both immediate and unprecedented. They borrowed, spent, and in some cases printed. In the US, as with almost everything, the response was larger than elsewhere.

As uncertainty continues to surround the economy, and more spending is planned, investors are naturally concerned about the future.

In the past, fears of rampant inflation, which exist today as interest rates are projected to remain low, would push investors into safe haven assets. These would traditionally have been precious metals like gold or silver. Current price levels in both bear this out.

The attraction of gold, despite not having the capacity to provide a return like a deposit account, or be easily transportable like cryptocurrency, was its relative stability of supply. Gold did a lot less than cash and was a lot less complicated. It was valued for its simplicity. Governments couldn't do much to regulate it or make it less valuable. Governments certainly couldn't make more of it on a whim.

So what does this mean for cryptocurrencies?

More dollars in existence mean more supply. Simple as that. The purchasing power of $1 is decreased and so inflation becomes more likely. Investors are moving their holdings out of US dollars and into assets that can firstly protect them from losses, and only secondly, possibly provide them with some profit.

Bitcoin, today, ticks all the boxes. It is limited to the 21 million bitcoins that may be mined, with only 3 million left to go. It will never surpass that limit. It has attracted interest, despite early derision, from some of the biggest and most trusted names in international finance. It is now regularly covered in detail by all mainstream and financial media.

Add to this the profile of the average investor who, anecdotally, has no desire to trade bitcoin but prefers to simply hold it for a number of years, and what we have is a digitally mobile, inflation hedging asset that has a constantly reducing supply available to buy.

If the US Dollar was not losing value or if the American economy was not under so much threat from the pandemic, China or a rising Europe, maybe cryptocurrencies would not have the profile they do now. However, all of these things are happening and as Zoom became a verb in a socially distancing world, bitcoin has finally become the alternative it was designed to be.